THE MAN IN THE GARDEN told me he would not remember my name and now it is fitting, I suppose, to remember little about him but those few words and the curve of his skull. When I think of Budapest, I think of this night, and I think of his forehead.

He wore a thick black beanie, and it was only when he removed the hat — shifting his cigarette to another hand, leaning toward me in the lantern-light — that I saw the hole, a smooth crater above his right eyebrow, or maybe his left. I do not remember. This topography was both exhibit and apology. He told me he thought some of the memories he had lost had been good, but he could not remember. His accent was German and his voice was slow.

I know it was dark and a waitress who reminded me of my grandmother — blond, vaguely Swiss-looking, nicely weathered — lit little lanterns in the trees and refereed a game of pool. The taqueria was barely more than an abandoned lot next to a garage, tucked behind the trendy Kazinczky Street of the old Jewish quarter. It was May. Red flowers spilled out of terracotta pots. The man with the head took a shot of Pálinka, a peppery Hungarian fruit brandy. 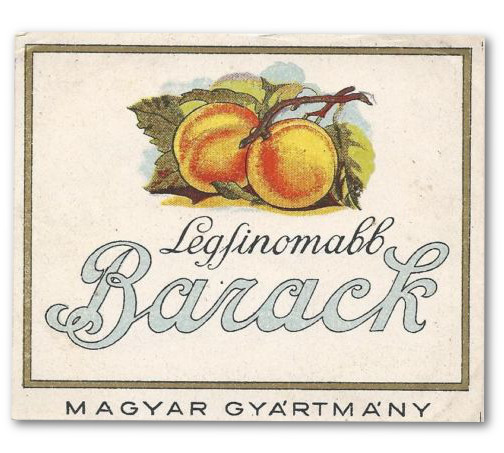 I did not know gunshot wounds could seal like that: a pale bowl, etched with wrinkles and brown drips of age. A goose egg, in negative, on his forehead. If I asked him when he got it, or how he got it, or what he got for it, I do not remember the answer. I do not know if that is because I was dizzy on Sör — Hungarian beer is cheap, around $2.10 a pint — or if it is because those details now seem, somehow, beside the point. I remember that the man passed his cigarette to a leather-skinned Australian. They seemed to be everywhere in the city. Quick to smile, quick to dance.

I was visiting Budapest with two friends who had decided we could not be ourselves that night. Zoe was a ballet dancer on tour from Toronto. Hannah was an expat who had just left her older husband in Morocco. The Australians were buying it. I told them I was a student, which was the truth. They squinted at my pale arms and dirty sneakers, and someone suggested a toast to new friends.

I ate two tacos al pastor, oddly, some of the best I have ever had. The gunshot man told me he had come to Budapest to stay three days and it had become three weeks and now it had been two years. This was a story I heard again and again in the city. You could come here with very little money and you could do well for yourself. The currency allowed you to carry thousands at a time. You could eat chicken paprikash and poppy seed strudels dusted with powdered sugar daily.

I think I mourned him — in the hollow way I mourn the food I eat in dreams but cannot taste — until, one day soon, I did not.

If you are attractive enough — blond where everyone is dark, or with a good accent, say — you are always more important when you are abroad. These men knew this, and they were part of this haphazard elite. They haunted the bars. They approached wide-eyed weekend-trippers on hostel tours and spoke like they had found the land of milk and honey. They know that one side of the river is Buda and the other side is Pest but they call the whole place Budapesht with a wave of their hands.

“It’s what Paris was in the 1920s, it’s what Berlin and Prague were 10 years ago. This is the place to be,” one Australian said. His skin had an uneven tan, like toasted bread. He had just bought an apartment building in the old part of the city where he was going to charge foreigners a lot to stay. He was filling it with flea market lamps and naming it after his mother. We all agreed this was the right thing to do. 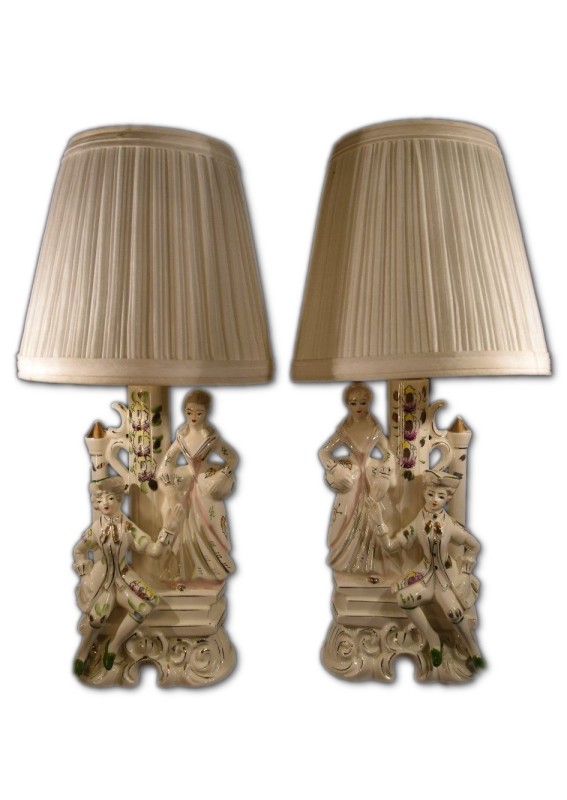 I watched the gunshot-man finger the rim of his beanie and light another cigarette, adding to the constellation of others’ glowing ash. He asked me where I had grown up even as he told me he would soon forget it. This felt both liberating and, somehow, devastating. I realized he was, anecdotally, very attractive. Later, when I went to the bathroom, the walls had gold-framed photographs of when Nicholas Cage and Bjork had visited there, but I now question if this was the restaurant, if that was the night. I know that we did see a man with a tattoo on his chest, a black sketch of a fist pulling a heart from a ribcage.

I saw the hole, a smooth crater above his right eyebrow, or maybe his left. I do not remember.

We left the taqueria just after midnight. The Australians were arguing about Krakow — the next place? — and the gunshot man was discussing string theory with a scrawny, drunk American boy on a semester off from MIT. We joined streets that were not empty but were far from full.

Above us, below the stars, the skyline of the Jewish quarter was a crumple of bombed-out buildings reborn as purveyors of matza ball soup and contemporary recycled art, as artisan chocolate shops, as the sprawling “ruin bars,” where things like dolls heads and colorful bicycles hang from the ceiling. This is a place referred to in some guidebooks and some conversations as “the Jewish ghetto.” To call it that is to choose to remember its history, something that not everyone does. It was once a place to keep people in, created by a governmental decree six months after the Nazis had taken the city, in November 1944. There had been a high fence and a high wall, with stones smooth like stacked molars. More than half of those forced into the ghetto were later led out to concentration camps.

That night, we left the quarter, turning onto the boulevard where we had rented a room. It was a wide, modern avenue, with glass shop fronts and big art nouveau buildings with iron balustrades. I remember giggling at our legs — girl legs, kicking in tandem down the pavement — when we heard the smash. The sound of a car hitting a bicycle, or a bicycle hitting a car, is hot. Hot rubber screech, hot metal slam, hot yelps. The license plate was askew on the car’s fender like a broken tooth. The bicycle wheel was mangled and twisted on its frame, but its rider hopped up and brushed off his knees. He was young and side-burned and he took out a cell phone. The driver got out and stood beside him. We stood like extras in a film noir: clutching our purses in the dull geometry of streetlight. A police car arrived a minute later, with loud American rap music spilling out of its open windows. The officer waved at us — good night! — and because we did not know what else to do, we waved, and we left for bed.

Sometimes, when I am flicking through a life’s memories — that odd Rolodex of perceptions, bookmarked by houses and haircuts and boyfriends — I try to dog-ear a new find. How did I forget this was here, I think, as if the memory was a ruby-red parrot in the window of a neighbor’s house. Surely this means something, this can come in handy. Handy, like a metal tool I can use to hammer the years into a cohesive narrative. But curating a life like this is hard. You need to muscle your way into that sort of conscious memorizing. Usually I fail. I never see the parrot again, but because I do not remember it was there, I do not miss it. This Budapest weekend is different. We tell ourselves stories in order to live, wrote Joan Didion, and it is with this adventure-scout, survivalist optimism that I realize I return again and again to Hungary. But I do not know what to do with it. I once thought: remember the distant past, tie it with the more recent past, and it becomes legible. And yet!

I emptied my wallet while the German watched. “You’re never coming back?” he asked me.

I left the city a few days later. Those days had been sunshine-filled bliss. On the plane back to Britain, I sat with another German, this one a medical student. He was tall, with a strong jaw and a pageboy cap that made him look he belonged in a 1990s European language textbook. The hat was, endearingly out of season, dark plaid wool, and I wondered, for a flicker of a moment, what the slope of his forehead looked like.

“Budapesht is amazing,” he said, shaking his head. “There’s so much history, but it’s so alive.” The veins on his neck were like roots, glowing under the fluorescent lights of our budget airplane. Neon advertisements of smiling beach-going families covered the seat fronts. For the price of my 58-euro ticket, I realized I could buy 40 tacos al pastor in the Jewish quarter. 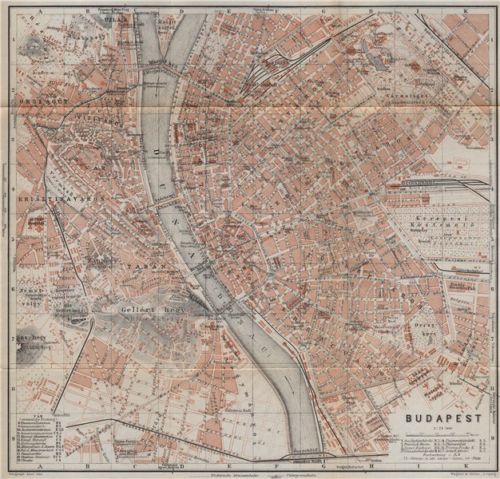 Toward the end of the flight, a stewardess came by with a metal tin where you could abandon your foreign coins for charity. The clink-clank of change, that soundtrack of departures. I emptied my wallet while the German watched. “You’re never coming back?” he asked me. I said that I would, but I needed to lighten the load. He laughed, and the plane barreled on. He told me about his mother. When we landed, he suggested we meet after passport control for the bus-ride to London. This was not a thing that had happened to me before, and I agreed. But we were different nationalities, and we were shuffled into different lanes. When I emerged glass-eyed with a passport stamp two hours later, he was gone.

I don’t remember his name, and I have no forehead dent as alibi for my forgetfulness. I think I mourned him — in the hollow way I mourn the food I eat in dreams but cannot taste — until, one day soon, I did not. There is a Hungarian proverb: ki két nyulat hajt egyet se ver. Grasp all, lose all. But let me be greedy with my past. I am still hungry. I forget what I am looking for.