The Lone Sailor was my sole companion this past summer. I found him sitting by his lonesome self on a shelf in the break room of the seafood processing facility where I was working in Unalaska, Alaska, an island anchored in the middle of the Bering Sea. I was at the mid-point of my master’s degree, and decided I needed more nature and less noise. I got both, but also a decent dosage of solitude. For the first seven weeks, I had zero friends. I worked seven days a week until 5 p.m., which meant my evenings were open for activity, but there were few things to fill them. Unalaska might be the second largest Aleutian Island, but its size explains little. There is one grocery store, zero coffee shops, two Mormons, one gas station, a recreation center, and four taverns. And there are no stop lights and few animals, save seventeen wild horses brought there during World War II, a few overly-friendly foxes, and eight hundred bald eagles. I looked forward to my mornings when I could hold my coffee companion in hand for eight hours, because after work, it was just me, my shadow, a bottle of bourbon, and a bundle of books. The Lone Sailor was the only item I brought back from Unalaska, which makes perfect sense: we were soulmates.

Tragically, he went missing in action. I brought him on a recently family vacation (a little attached, I suppose): one day, he was in my hotel room, and the next, gone. He left no note and the hotel staff said they didn’t abduct him. But wait, didn’t I abduct him? Maybe he set sail for his home, Unalaska. I spent the next three weeks decaffeinated and depressed. Until one day, a package arrived. It was an early birthday present from my family. I opened it and there he was: the Lone Sailor floating in foam peanuts. Only, something was different. He was the exact same size and shape — handle and all — but the colors inverted. He was now a white mug with black lettering, rather than a black mug lettered in white. That’s when I saw the note. As the story goes, my family saw the impact his absence made on my mornings and mood. They searched the world wide web and just as they were about to give up, they saw a lone figure standing on the shore of a mug. It was the Lone Sailor’s polar-color companion. It might not be the one that went missing, but I am learning to let go, or just to not drink so much coffee and leave my mugs at home. 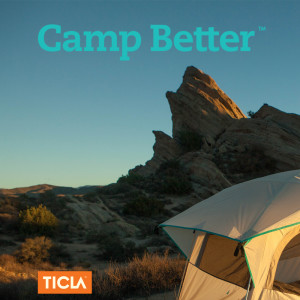