Seen from the water as its creators intended, the Soviet monument marking Asia’s northeastern-most point of land is dignified and imposing, a white obelisk topped with a lighthouse cupola and a red Soviet star. Its very presence on this storm-lashed coast is a testament to human determination. Built at the start of the cold war, it once made a proud statement about national sovereignty in a place unseen by all but the most intrepid travelers. Heavy iron chains still symbolically protect the tower’s crumbling concrete base. A larger than life bronze bust, perched halfway up its painted shaft, gazes manfully into the Bering Sea. Its bearded face is Semyon Dezhnev, a Cossack explorer who first rounded the Chukchi Peninsula to claim these shores for Russia in 1648. This hazardous venture earned Dezhnev cartographic, if not popular, immortality. The cape still bears his name.

Some might argue that the Bering Sea should be named for Dezhnev as well, for his voyage predated that of the better known Danish explorer, Vitus Jonassen Bering, by almost a century. But as these unnamed waters were of relatively little interest in 1648, and as Dezhnev’s exploits were never officially documented in Moscow, his “discovery” went more or less unnoticed for a hundred years. 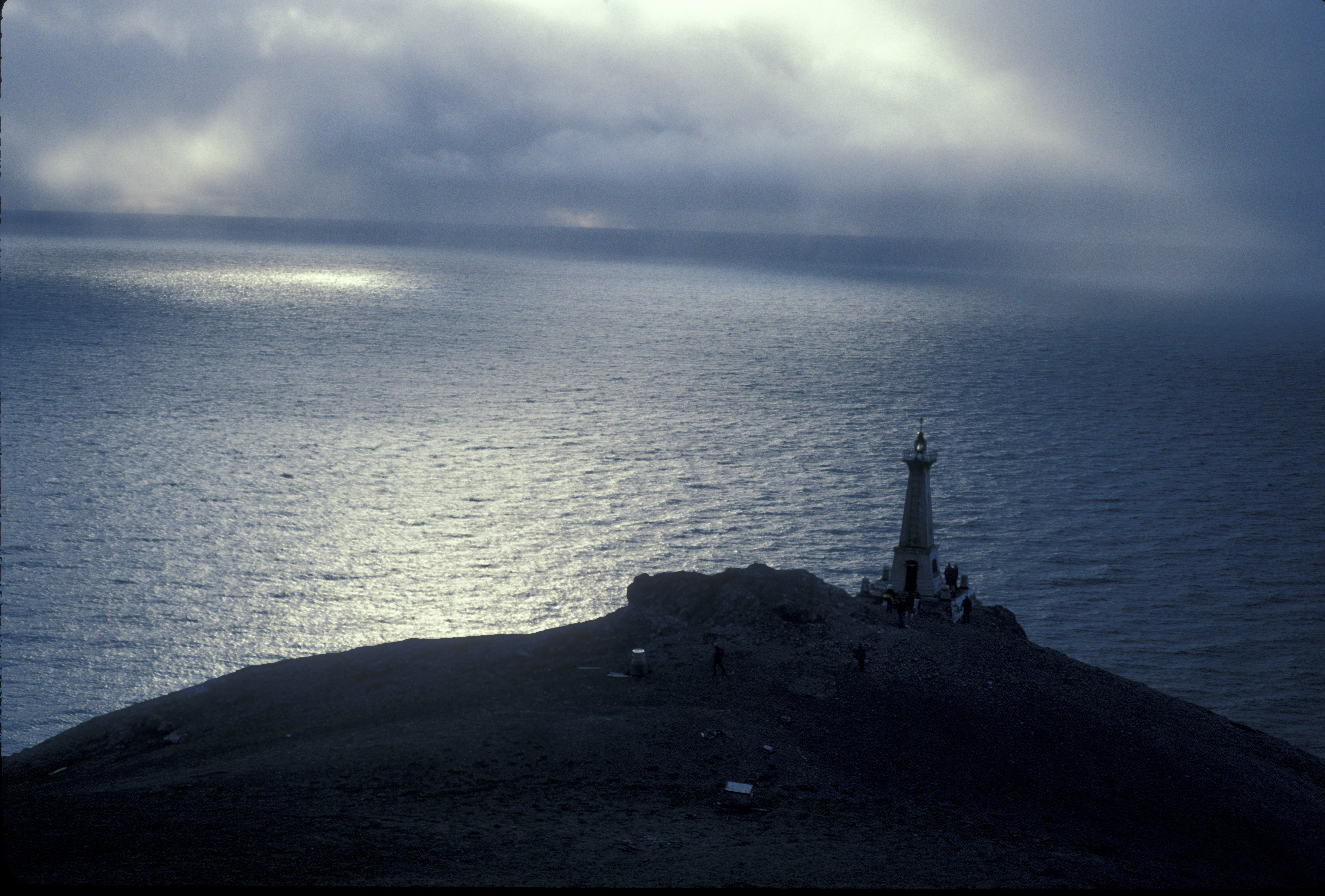 Neither Semyon Dezhnev nor Vitus Bering was the first to see this cape or the sea that surrounds it, of course. Inuit hunters and fishermen plied the waters off Siberia’s coast long before European map makers assigned names to such remote topography.

It is not known when the first people settled on Cape Dezhnev, though scores of stone foundations show that a community of Chukchi people hunted walrus and whales from this point for at least 2000 years. These original inhabitants were moved away in 1951 when the Soviet government decided that the site (then called Naukan) was too strategic for Siberia’s native people, and that the Soviet military needed a base here to guard against the occupants of America’s mainland, a mere 40 miles to the east. Ostensibly, the People’s Army came to Cape Dezhnev to maintain a lighthouse that had been built at the site some years before, but the size of their settlement belies such altruistic motives.

The weathered wooden buildings in which the luckless Soviet coast-watchers slept, ate, and passed the endless hours listening to their unseen enemy across the Bering Strait, are spread like surf spume at the base of the Dezhnev tower. Abandoned in the 1970’s, they now teeter on their concrete foundations, warped and listing away from the steady battering of the Bering Sea. Unlike the Chukchi shelters that are built in and from the land, the army’s imported lumber buildings perch precariously atop it. Rectilinear, sharp-edged, and temporary, they are impositions of European design and construction better suited to a more benign place. 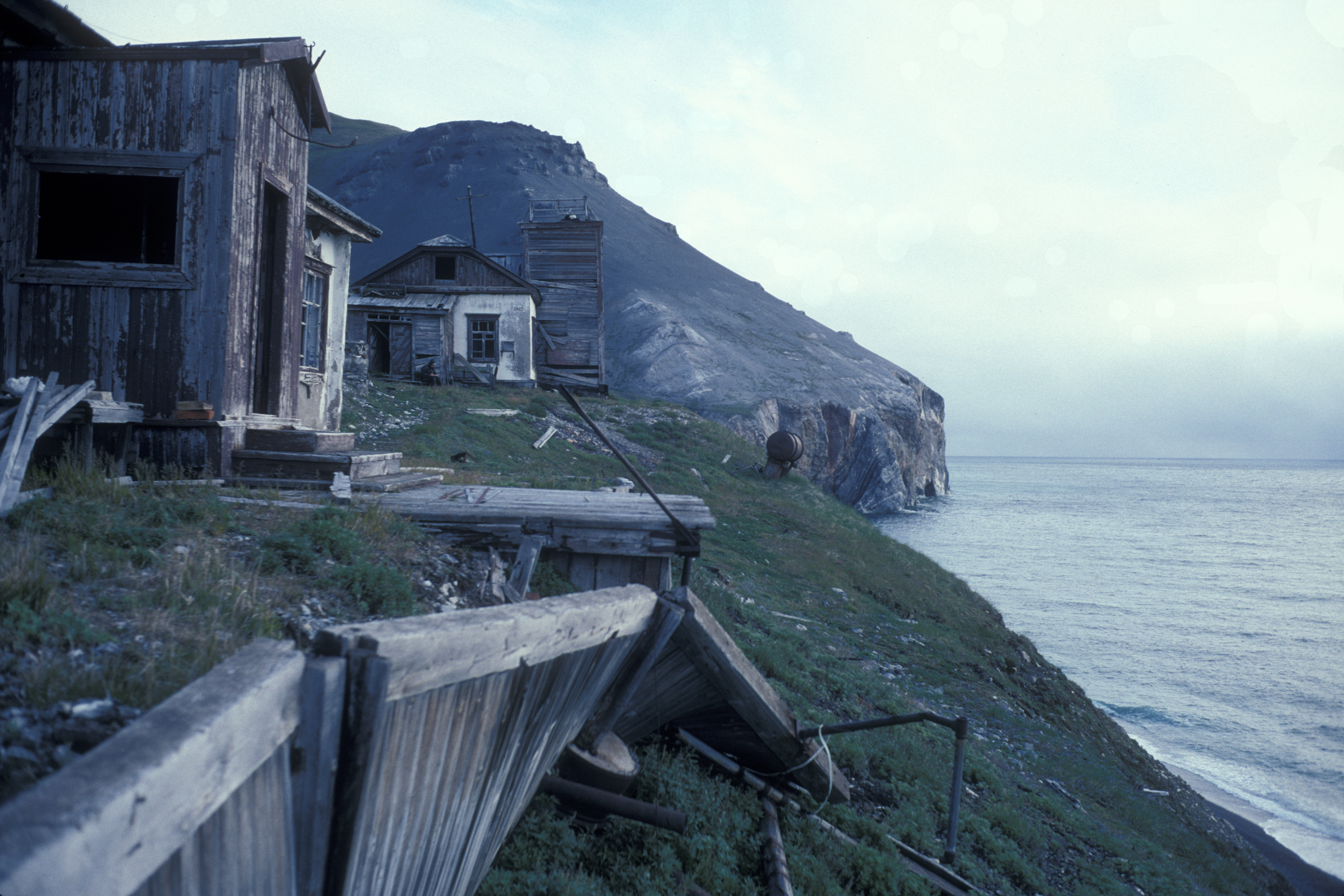 The Chukchi were experienced at living in such hostile environments, and so knew to build down, not up. Like Hobbit houses, theirs were mostly beneath the surface of the ground. Each circular stone foundation, with a narrow entrance hall looking to the sea, nestles chest-deep into the rocky earth. The driftwood, skin and turf that once covered them from above are gone now, save for a few decomposed remains, but the foundations look invitingly useful still. Thirty or forty such pits, shaped like keyholes from above, dot the southern part of the cape, on a treeless bluff fifty feet above the ocean and a gray pebble beach. Here and there a whale bone protrudes from the thick carpet of grass and heath. The detritus of countless generations has long since returned to the land and sea from which it came.

Deep, round depressions near many of the house sites show that enough whale and walrus meat was harvested each summer to feed the Naukan villagers through the lean winter months. I have seen similar pits on Little Diamede, one of two islands visible between Cape Dezhnev and the U. S. mainland. There, a Chukchi hunter told me, they still keep “fresh” walrus meat in similar stone cisterns. After months of fermentation and the requisite amount of freezing and thawing, it is eaten raw.

The Soviet conscripts brought different tastes in food to match their European architecture. Both are still evident on the ground before me. In a rusting plume of discarded items that drifts from the empty barracks and mess hall to the sea, I find the tawdry remains of Sputnik-era military life: chipped and dented metal plates, their Eastern Block enamel now all but gone, white oxidized tableware bent and useless, a tea pot, its bottom burnt through, sardine cans, broken bottles, and the well-worn sole of a Russian Army boot.

More obvious, and more plentiful, are the piles of rusting oil drums, now empty, filling low points in the land like drifts of brown and orange snow. Expensive to bring here and too expensive to take away, they are the unsightly remains of an effort to support life in a way never imagined by the Chukchi. They are the whale and walrus bones of the Soviet military.

Less noticeable, but far more disturbing (even shocking, if that is possible for something so banal) are the suitcase-size nuclear generators that dot the rocky slope above the Dezhnev lighthouse. Their radioactive warning labels have all but disappeared, eroded by the weather the lighthouse was built to warn against, but what of their lethal contents? Once I realize what they are, I give them, and their spent fuel cells, wide berth. Like scorpions or delayed-action land mines, they lend a sinister dimension to this inhospitable place. I wonder about the men who put (and left) them here and who lived with them for months – perhaps years – without protection. These were the same people who used the plates and teapot, the knives and forks and oil drums, and the boot on the slope below. What else did they leave behind, I wonder? What did they take with them? How did they record the passage of their time here or tally the spent currency of their youthful lives?

As storm clouds blot the watery sun, then boil south to lash Kumchakta, I walk back and forth between the two worlds of Cape Dezhnev – that of the Soviets and that of the Chukchi. They are divided by a deep stream gulch and two world views whose differences cry out from what is left behind.

The rooted, earthy remains of Naukan, where each building site is nestled closely by its neighbor, conveys a feeling of social community. The orientation of every doorway to the sea reveals how intimately the Chukchi depended upon marine life for their spiritual and physical wellbeing. These people were, by necessity, self-reliant and self-contained. 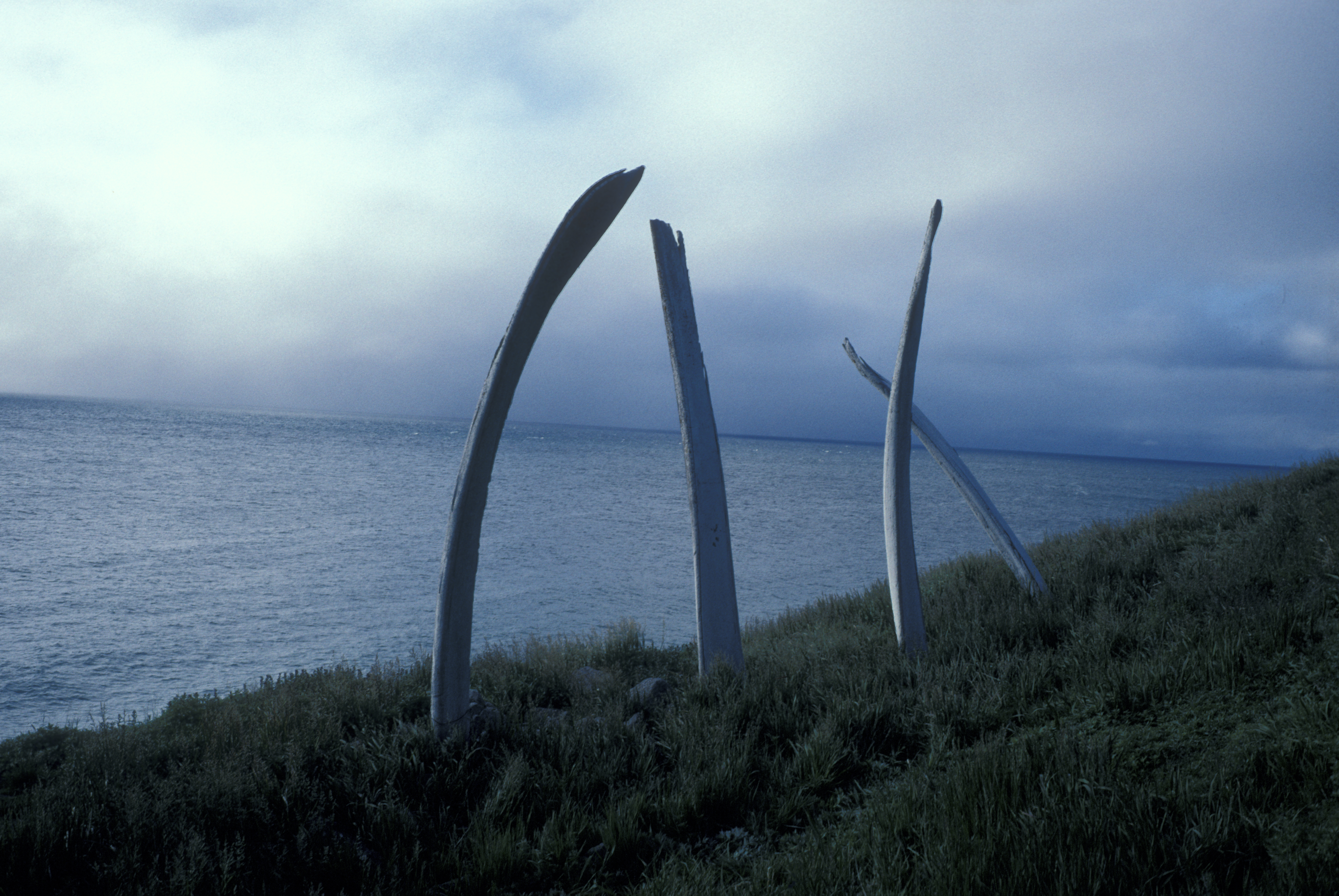 By contrast, the soldiers at Cape Dezhnev were entirely dependant on others for food and clothing, oil and military direction. They viewed their world through television screens and earphones, not doors, and so cared little for the orientation of the structures in which they worked and lived. They sited them wherever the land could hold a rectangular footprint large enough to accommodate the sleeping, eating, and listening activities they required. In their disintegrating state, these buildings now seem doubly cold and inhospitable, incapable of protecting anyone from the hostility of the elements. When seen at close hand, even the imposing Dezhnev obelisk looks poorly built. The tools, ladder, and buckets of concrete used in its construction still sit within its hollow shell, as if the world had moved on and the base abandoned before the workers could finish their job.

Ultimately, Cape Dezhnev will return to the wild, empty place that predated either group of human residents, but given the half-life of granite boulders and radioactive waste, that may not be for a very long time to come. As I explore its rocky slopes and muse about its past, I look up and eastward from the ruins of Cape Dezhnev. For a few moments I can see the shore from which I have come, a continent away. I wonder what I have left there… and how what I have found here may shape my perceptions on my return.

Robert McCracken Peck, a Senior Fellow at the Academy of Natural Sciences of Drexel University, is a naturalist, writer and historian who has spent more than twenty years chronicling scientific expeditions to South America, Africa and Asia. He has written for Nature, Natural History, Audubon, and The New York Times, and has worked on documentaries for the BBC, PBS, and NPR. In 2015 he was awarded the Garden Club of America’s Sarah Chapman Francis Medal for environmental writing.

All images by the author. 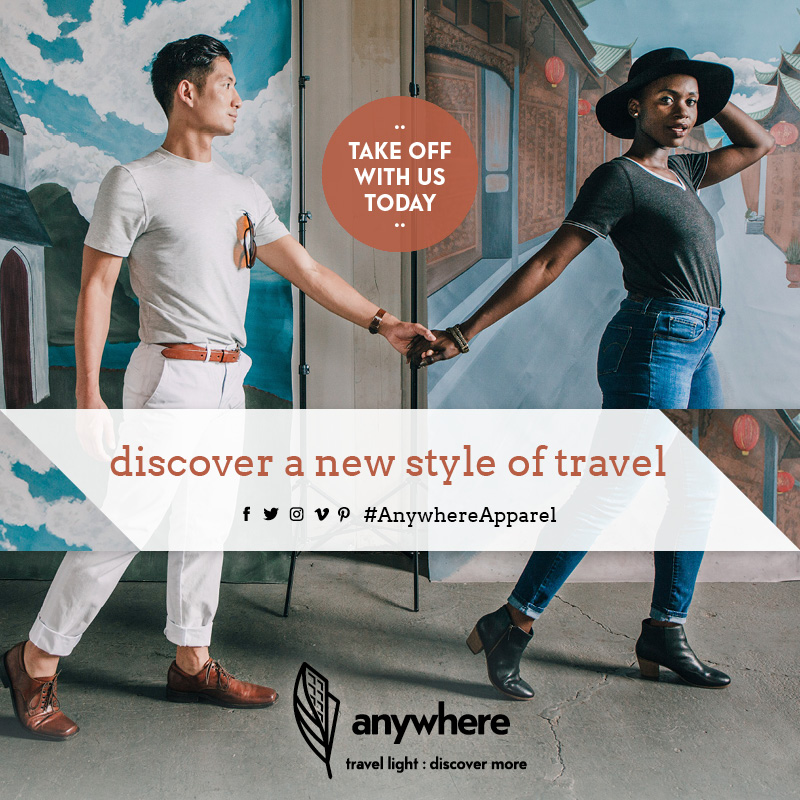