At Angkor Wat, in Siam Reap, the stone ruins of a lost civilization rise up out of the jungle, so intertwined with the forest that they seem a part of it. Trees grow out of stone walls, crushing them under their weight, while four-headed statues as big as buildings look out over the abandoned city. I read a book about it when I was a kid, and it is one of the reasons I became an archaeologist.

Just across the border from Thailand, a couple of guys led us out into a mud parking lot where a silver short-bed pick-up truck stopped in a wet skid. My foot slipped into a puddle of orange mud as I got in. There were eleven of us in the back of the short bed, plus all our gear, with three tourists in the extended cab’s backseat, and two Cambodian drivers. I paid them $7 to take me to Siem Reap. They put our packs in first and everyone got on top.

Unfortunately then I could see the oncoming traffic, bicycles, mopeds, cars, and whatever else could move. For a country with no real bus service there sure was a lot of traffic. Sometimes only one lane was passable, and vehicles took turns muscling their way through. For seven hours I was hanging over the edge of the back right corner of the vehicle, sitting on a metal bar welded to the truck bed. We bounced and jostled, and a few times I nearly fell out. The highway’s condition was closer to a four-wheel drive trail than a road, and occasionally veered off to cut dark scars into the rice fields.

The bridges were either unfastened planks of wood or banged up sheets of metal laid across bare timbers. When we drove over them, they creaked enough to make me wonder if they would hold. One of the bridges consisted of metal rails not much wider than the tires themselves. The driver was vigilant, incessantly checking his mirrors while moving the wheel back and forth with abrupt, tiny adjustments. The steel rail, worn to a fine shine by sand and thousands of wheels, was as reflective as chrome. Our tires stayed true, and the rails made one final deep clank at our departure. I loved those rickety bridges, metaphors for adventure, excitement. Cambodia might be patched together with chewing gum, band-aids and duct tape, but she still rolled forward.

Under a palm by the side of the road I saw a stack of unexploded bombs, with fins on them, piled like firewood. Flimsy stilt houses reached up into the trees. In a murky tan pool I saw a man swimming with his toddler son, smiling while a flock of ducks swam circles around them in the filthy water.

In between a couple of towns we passed twenty or thirty men chipping stone off statues, replicas of the statues at Angkor. One of the works was massive, with men standing on bamboo planking hammering away, stone fragments flying and piling up like leaves on the ground. It must have been similar century upon century ago when the Khmer made the temples, workers sweating in the shade of trees, chipping away their masterpieces one small shard of stone at a time in the fierce tropical heat.

A bridge was washed out and we veered off into the nearby rice paddies. On our left a fleet of big trucks were stuck in a quagmire of mud and squashed rice plants, their big engines churning obstinately. Four or five men pushed one truck while six or seven ate lunch under another, their chopsticks delicate and clean below the thick rusty bumper.

While we drove, I wondered if the fall of Khmer civilization may have been similar to what I was experiencing on the road. Reading about the end of a great era I always imagined things slipping into a darkness, but even in times of collapse there is commerce, trade, migration. If there is no bridge, make one from metal beams or make detours through the rice fields. No bus service? A fleet of pick-up trucks will fill the void.

As we neared Siem Reap a radio tower reached for the sky, easily the tallest thing for miles. A dozen or more Cambodians were perched on it, looking down from several stories up, calling out “Hello!” They looked as tiny as aphids on a milkweed, but when we waved back I felt small myself, thinking that from their vantage point we were ants. Soon we pulled off onto a dirt road, and finally arrived at our guesthouse. It took nearly seven hours for us to get there.

My friend and I got a clean cement-floored room for $5, put up our mosquito nets, and had dinner. The next day I visited the ruins I’d dreamed about as a child. 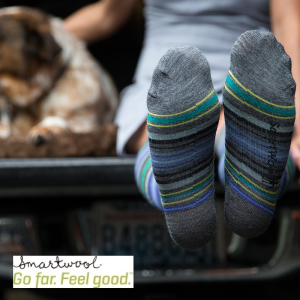