You Are Here: Rose Garden

A wild turkey squats in a corner of the Morcom Rose Garden, looking gremlin-like and watching an elderly lady practice tai chi. Hawks swoop down from the tops of redwood trees in front of giant gray Fortune Tellers, yellow Golden Showers and orange Nancy Reagans. Sometimes a man brushes his teeth while smoking a cigarette outside of the majestically columned public restroom. This is Oakland at its heart: a little odd, a little rough and undeniably charming.

A product of the Depression-era public works program, the garden, designed by a fellow named Arthur Cobbledick, boasts over 8,000 blossoms during the months of April and May. While the roses bloom, walking into the Morcom garden feels like walking into a nursery rhyme: there are small roses, large roses, scented roses, climbing roses, many petaled roses, not-so-many petaled roses, multicolored roses and single-colored roses. Each is magnificent; each is unlike the others.

In 1949, acknowledging the garden’s enchanting properties, the Oakland Junior Chamber of Commerce announced a contest for a couple to marry in the garden on Rose Sunday, an event falling on Mother’s Day designed to commemorate the garden’s full blossoming glory. The contestants submitted a letter pleading their case: the winning couple, Ruth Evelyn Byrd and Earl C. Jones, received a custom wedding gown, lingerie, wedding bands and a honeymoon in Hawaii—which suited them just fine as they only were planning to take a day trip to Monterey to celebrate. 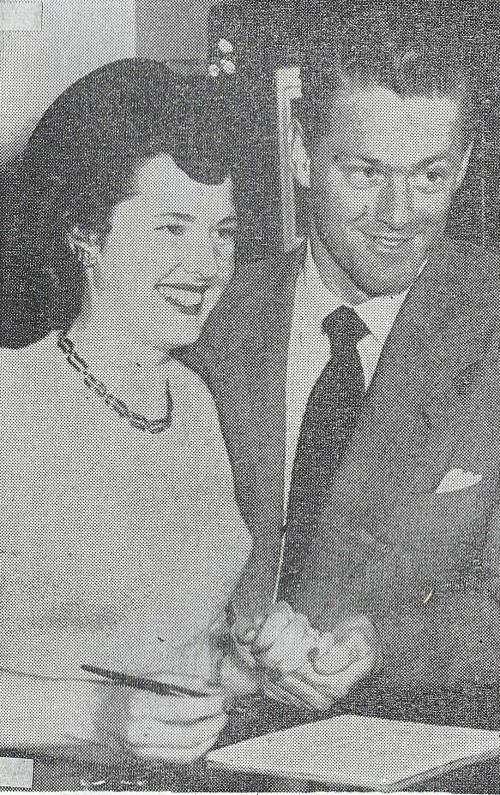 In 1954, the Oakland Junior Chamber of Commerce hatched a new scheme for a Rose Sunday competition: Mother of the Year. The winner would be honored at the Rose Sunday festivities, her name immortalized on a concrete pathway surrounded by Oakland’s Pride, a light pink and white tea rose.

Sixty years later, the tradition of “Mother of the Year” continues with a more progressive slant. The Oakland Junior Chamber of Commerce no longer bestows corsages on the mother who arrives with the largest number of biological children or the oldest mother in attendance. Reflecting Oakland’s activist roots and progressive nature, the Oakland Chamber of Commerce chooses her based on her efforts to “improve the quality of life for the people of Oakland.” Past recipients include Lisa Lemus, a volunteer docent at the Oakland Museum, Anne Woodell, a green space activist and Beatrice Wong who has spent the last 40 years volunteering with the Chinese American Citizen’s Alliance. Parenthood is no longer a requirement for Oakland’s Mother of the Year and soon being female probably won’t be either.