To most Westerners the cow is seen as little more than a sentient steak, but to India’s millions of Hindus the cow is a holy animal that should not be harmed in any way.

In India, the cow is seen as a symbol of the earth (giving so much, asking nothing in return), as well as a source of milk and religious inspiration. The Mahabharata, an ancient Sanskrit epic, says: “Cows represent sacrifice. Without them, there can be no sacrifice… Cows are guileless in their behavior and from them flow sacrifices… and milk and curds and butter. Hence cows are sacred.” Mahatma Gandhi once wrote, “If someone were to ask me what the most important outward manifestation of Hinduism was, I would suggest that it was the idea of cow protection.” Such is the reverence for the bovine that India offered to take in millions of cows waiting to be slaughtered in Britain as a result of the beef production crisis in 1996. 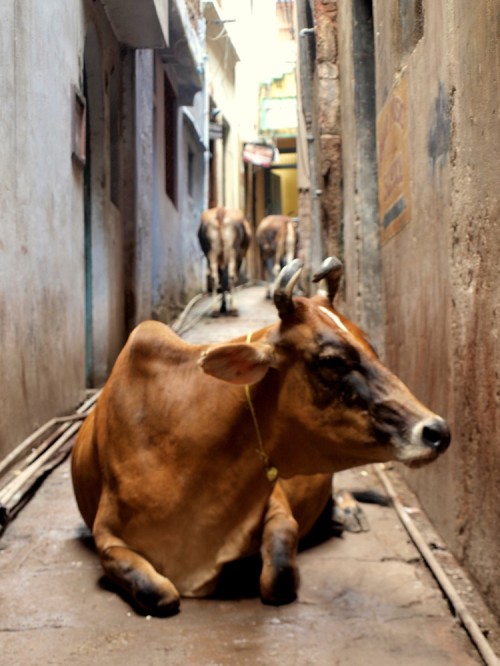 Due to this exalted status, cows often roam freely through the streets, grazing perfunctorily through trash dumps, on clumps of chaparral, on piles of old produce thrown in the street by vendors. In some places it is considered good luck to provide a cow with fruit before breakfast. Stray and homeless cows are sometimes supported by temples. In some cases a citizen can be sent to jail for killing or injuring a cow. In rural India, the cow is still considered the highest of all possible gifts. The Puranas, ancient Hindu scriptures, say nothing is more pious than the gift of cows: “There is no gift that produces more blessed merit.” For some, it is customary to boil milk on the stove or lead a cow through the house as part of a housewarming ceremony. 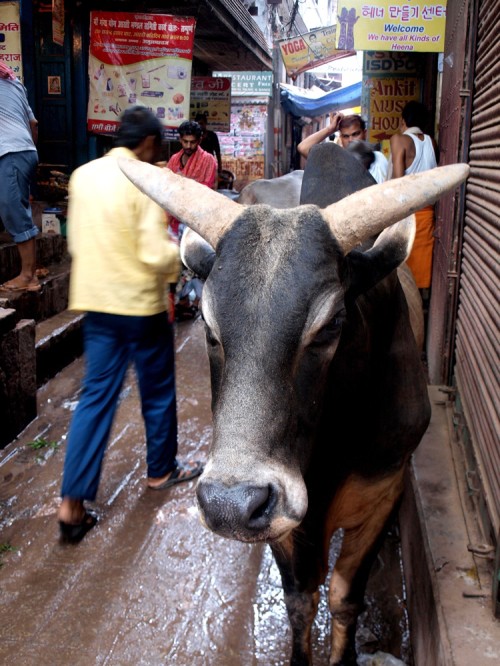 Hindus follow no single set of rules, but reverence for cows can be found throughout the religion’s major texts. The cow first became important in India in Vedic period (1500 – 900 BCE) as a symbol of wealth. Some trace the cow’s sacred status back to Lord Krishna, one of Hinduism’s most important figures, who is said to have appeared 5,000 years ago as a cowherd. Another of Krishna’s holy names, Govinda, means “one who brings satisfaction to the cows.” Other scriptures identify the cow as the “mother” of all civilization, whose milk nurtures the population. Furthermore, the bull is depicted as the sacred vehicle of Lord Shiva.

India harbors 30 percent of the world’s cattle, with 26 distinctive Indian breeds. But as cities have grown more congested, cow-friendly policies have begun to pose a number of problems, such as manure-filled streets and traffic hazards on highways. In Delhi alone an estimated 40,000 cows share the streets with the city’s 13 million residents. 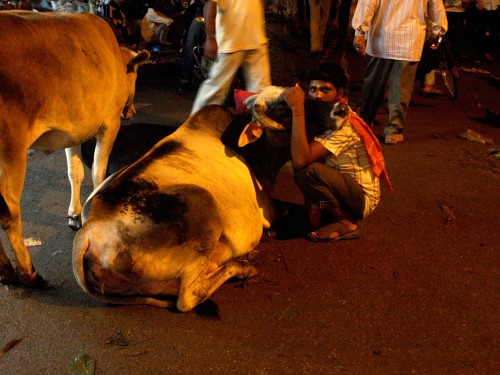 Everywhere you go in India, cows are interwoven into the fabric of society. Like street dogs in cities like Athens and Istanbul, the cow’s presence is ubiquitous throughout the urban landscape, so ubiquitous that after a while they begin to recede into the background of everyday life. 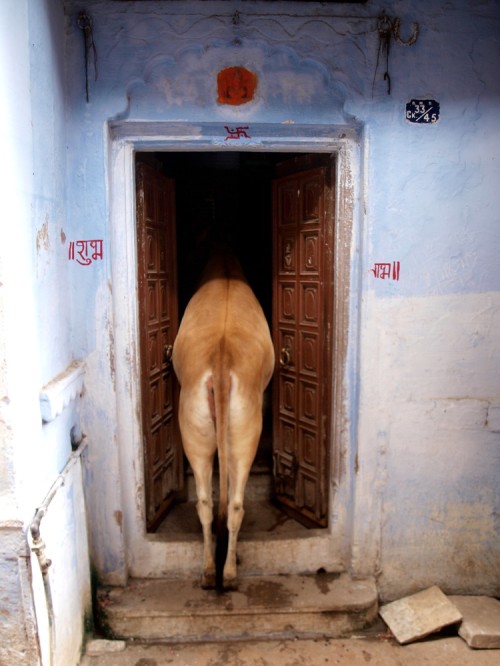