What’s Going On In … Kampala, Uganda

Founded as the Buganda kingdom, Kampala is the present-day capital of Uganda and home to 2.5 million people. It was severely damaged during the Uganda-Tanzania war under Idi Amin in the late 70s, the urban center has since been reconstructed.  The city’s limits form a circle into which Lake Victoria juts, carving out a hole in the southeastern portion of Uganda’s largest city.

The Goodlyfe Crew is part of the digital reggae scene (sometimes referred to as dancehall), an ever-popular genre in Uganda. The duo, made up of Moses Radio and Weasel, got their start as backup singers for Jose Chameleone, a hip-hop artist whose work has seen international attention since the early 2000s. In 2008 Radio and Weasel broke off to make their own sound, such as in “Kuku.”

This year, Kampala will bid to be called a UNESCO City of Literature. The city’s application stands, in part, on the work of Okot p’Bitek, a Ugandan poet who passed away in 1982. Born in northern Uganda and later a professor in Kampala, p’Bitek’s “Song of Lawino” denounces Western influence and the loss of storytelling and singing in traditional cultures.

The emphasis on oral traditions in P’Bitek’s work laid ground for the subject of “Somebody Clap for Me,” a short film that documents the budding performance poetry scene in Kampala. Watch the 10-minute work of Qatari filmmaker Luciana Farah above.

Unofficially a capital of pork, roasted and fried varieties of the meat are widely available throughout Kampala. The East African, an online news publication based in Kenya, writes  “there are probably as many roast pork joints as there are bars in Kampala.” Read more here.

The Ggaba section of Kampala bounds a northern portion of Lake Victoria and serves as the city’s landing port for ships. Here you can grab fresh tilapia from the market and count the boats as they file into the dock at sundown. 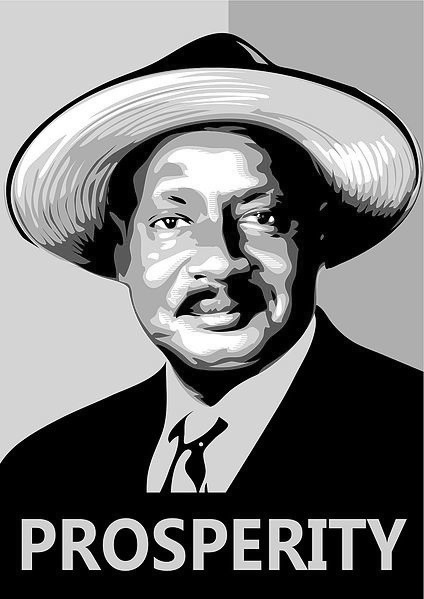 Since taking office as President of Uganda in 1986, Yoweri Museveni has been diverting his country away from chaos, and is often praised for his effective response to the region’s full-blown HIV/AIDS crisis. Following claims of bullying during the 2006 election, Museveni’s re-election campaign in 2011 took on a more playful tone: the incumbent made a rap video, while supporters held up posters of Museveni depicted as Rambo.