What’s Going On In … Ulaanbaatar, Mongolia

Ulaanbaatar is the coldest capital city in the world and home to nearly half of Mongolia’s population. What was founded as a nomadic Buddhist monastic center is today a cultural and financial hub; plus, it’s now stationary. 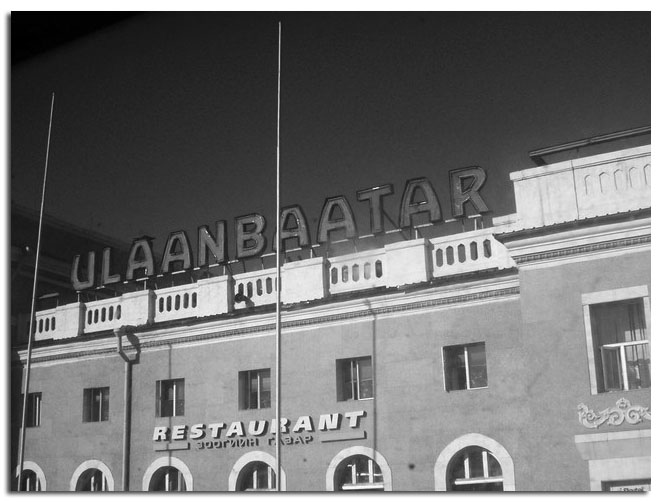 The Lemons, an alternative rock band that formed in Ulaanbaatar in 2004, released their second album in 2009. Performances and interviews with the four-piece band were recorded by a 2011 Fulbright-mtvU Fellow as part of a documentary about the influence of the capital city’s budding underground music scene.

Born into a herding family in eastern Mongolia in 1952, Gombojavyn Mend-Ooyo is an Ulaanbaatar transplant and the country’s most celebrated poet. His work reflects his nomadic childhood, memories that translate to the question of how much longer Mongolia can sustain a roving society as the country’s population flocks to urban centers. It is a subject he reflects upon in The Paris Review: “When I was young, every morning I would take our hobbled horse…”

As the Iron Curtain fell in 1991, the communist parties that had ruled Mongolia as the Mongolian People’s Republic lost favor. Throughout Ulaanbaatar, youth dance groups began to form and eventually gave rise to a hip-hop scene in the capital. The documentary Mongolian Bling profiles the country’s rappers, and the tenuous balance they try to strike between hip-hop and the vast traditions of Mongolian music, such as throat singing, that have long been a mark of the nation’s cultural heritage.

Traditionally a country of cattle herders, a plate in Mongolia includes heaps of meat and dairy. Mutton, the meat from an adult sheep, is widely popular and can be found dressed up in dumplings or cooked and served plain. Check out this Slate article that details the “horrors” of local cuisine, especially the array of animal parts on Mongolian tables.

Sükhbaatar Square is the city’s polestar. The square features an equestrian statue of its namesake, Damdin Sükhbaatar, who led the Revolution of 1921 as the final stand against Chinese occupation; the statue is believed to stand on the exact spot where Sükhbaatar’s horse urinated during his declaration of independence. The Parliament House occupies the square’s north side, and at the building’s threshold stands a monument to Genghis Khan, the nation’s 12th century emperor whose conquests include actions both brutal and amorous.

The widow of Damdin Sükhbaatar, Sükhbaataryn Yanjmaa was born in present day Ulaanbaatar and in 1953 became Chairperson of the Presidium of the State Great Khural (now known as the President of Mongolia), a position that made her the second woman in the country to serve as head of state. Today, while only 12 percent of Mongolia’s parliament is made up of female representatives, the Asia Foundation reported on a recent rise in the number of seats held by women.