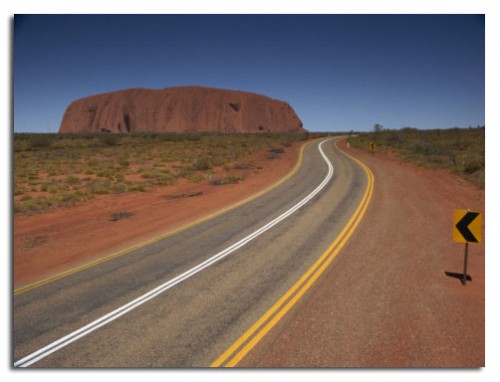 Uluru is a 1,142-foot high mountain in the southern portion of Australia’s Northern Territory – to climb it is an act of sacrilege. The Anangu, Aboriginal Australians who live in the region, consider all natural features to be holy – and so the main tourist draw to Australia’s Uluru-Kata Tjuta National Park, is tempting blasphemy.

To those outside the Anangu’s thinking who visit the UNESCO World Heritage Site, Uluru (also known as Ayers Rock) summons, calling the adventurous to scale its sandstone mass at over 2, 831 feet above sea level. It’s a towering play set.

In 1985, the Australian government returned ownership of Uluru to the Aboriginal population. Yet, it did so only under the condition that the Anangu lease it to the government for 99 years, thereby ensuring maintenance for the park and the region’s tourist economy. Although the government considered banning tourists from climbing Uluru, it ultimately decided against it.

Climbing the Australian mountain presents an ethical dilemma. Faced with the established thought system of the Anangu, Uluru asks travelers to choose observance over adventure.

To read more about the ethics behind climbing Uluru, and the programs being put into place to ensure that the Anangu are the beneficiaries of the park’s tourist dollars, visit Ethical Traveler.