D.C. Heath and Company published educational Disney books from 1939 to 1951. Heath was based in Boston and produced twelve books  in the Disney series, featuring a range of Disney characters. The Heath Disney books used the same reading curriculum as the Dick and Jane books where children learned to read through the repeat use of words and simple sentences. The Heath series became progressively harder throughout the series. Mickey Sees the U.S.A. was published in 1944. The book was written by Caroline Dwight Emerson and illustrated by Disney artists in the Merchandise and Publicity Art Department. It’s not known which Disney artist was responsible for the art found in the Heath books, but an amazing point to note is the fact that each illustration was inked and painted on cels like the ones used in the films. This technique gave each illustration a three-dimensional appearance. 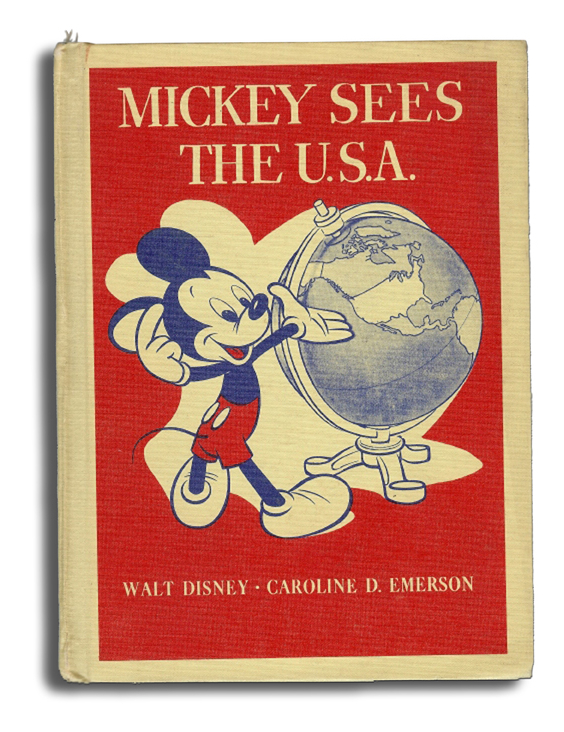 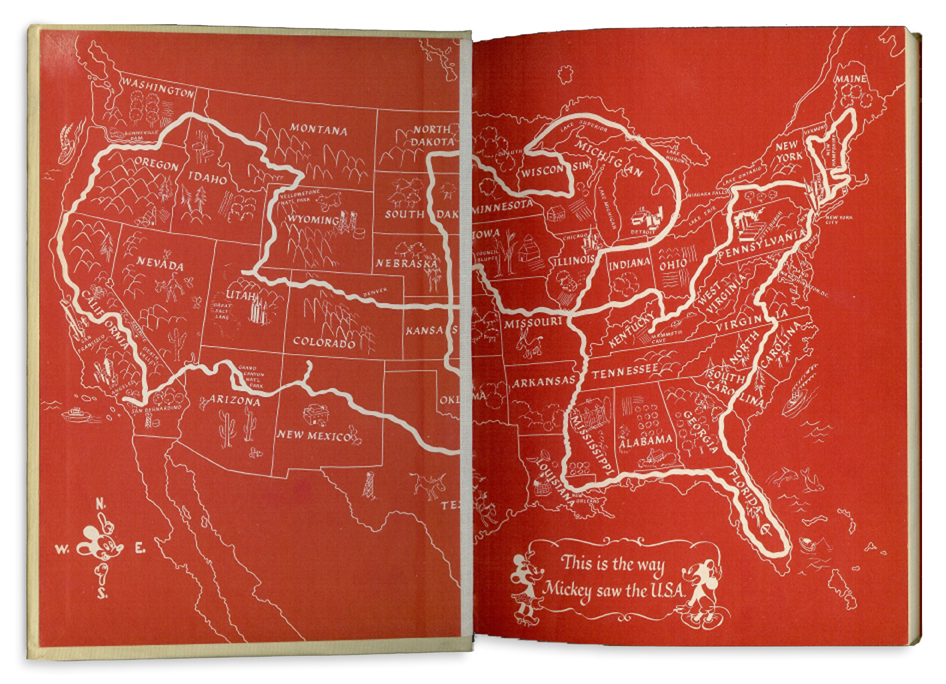 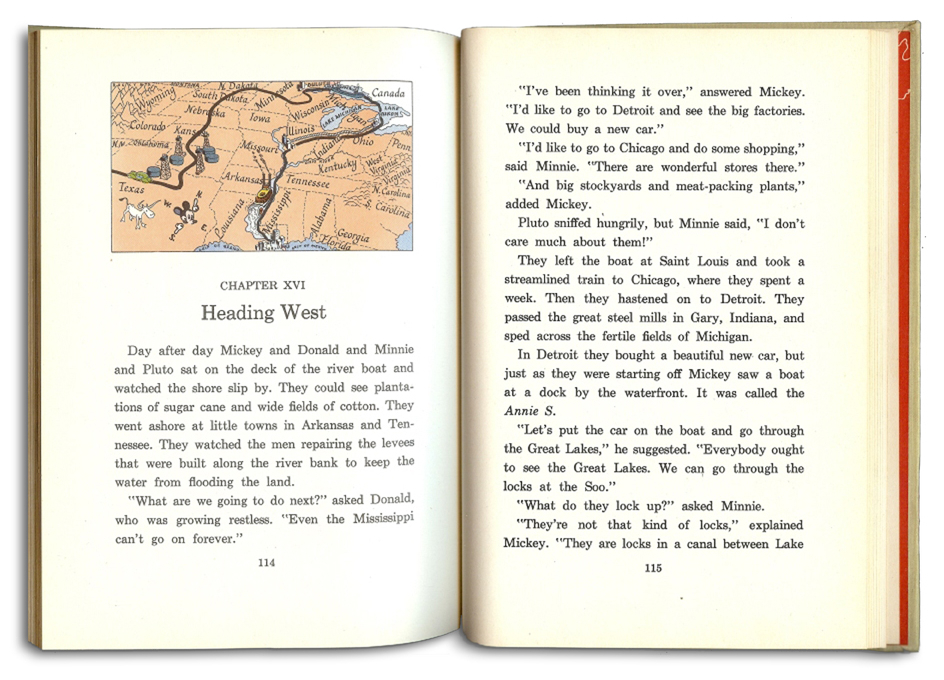 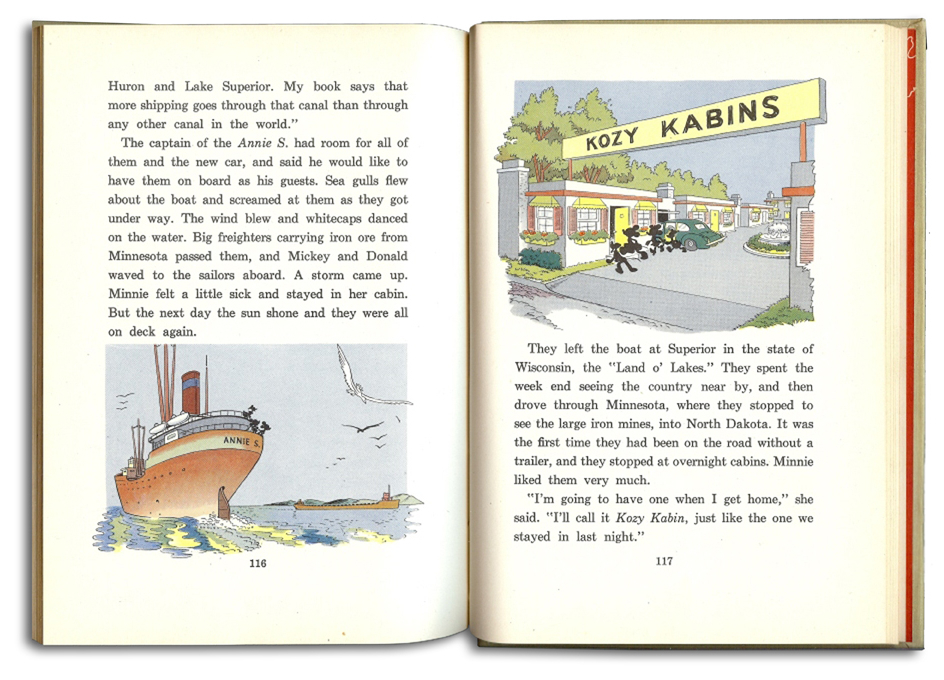 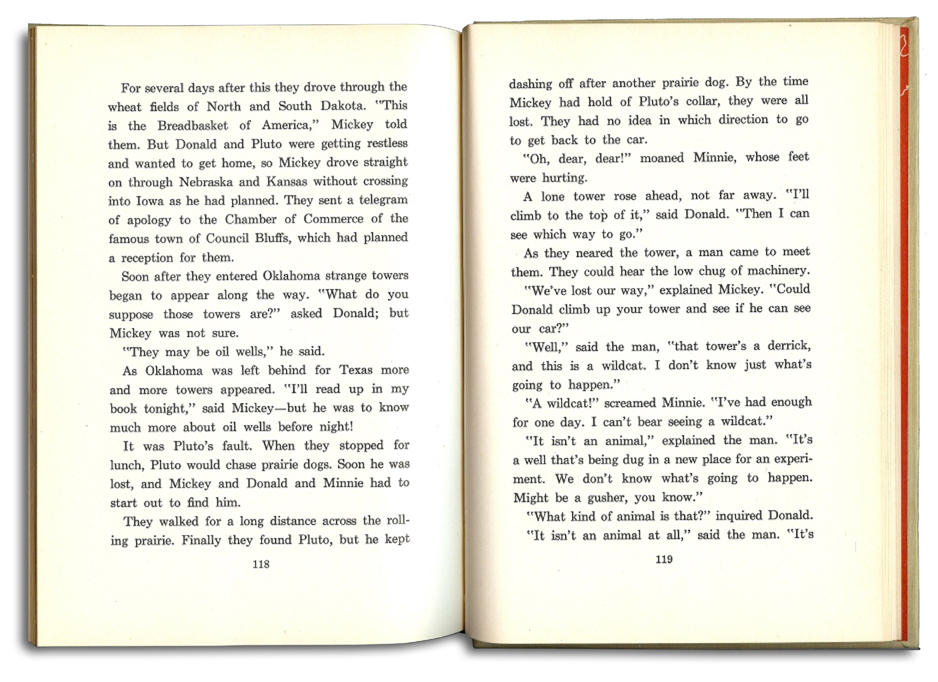 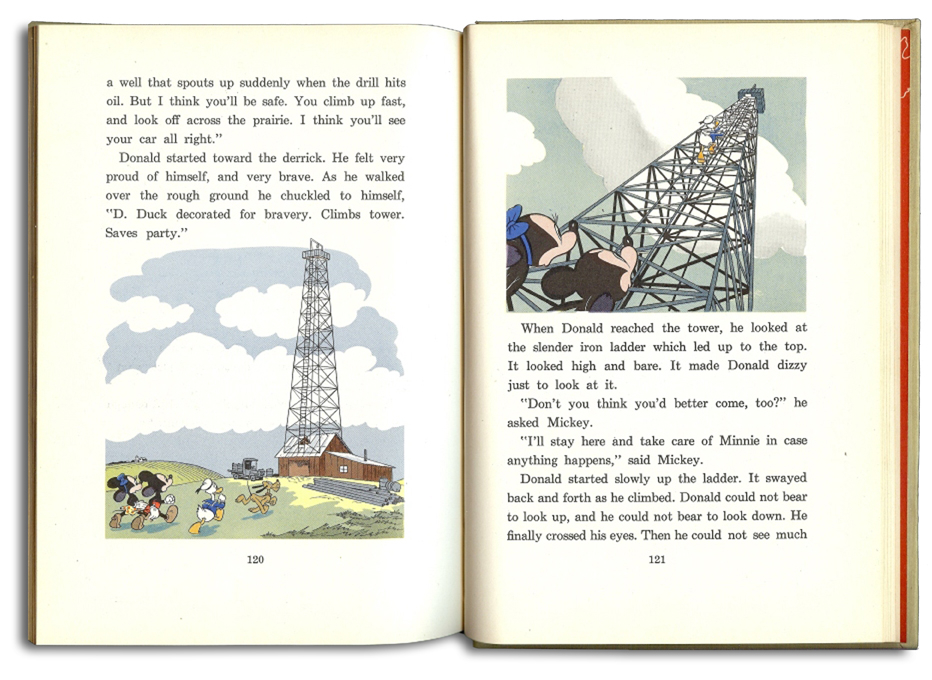 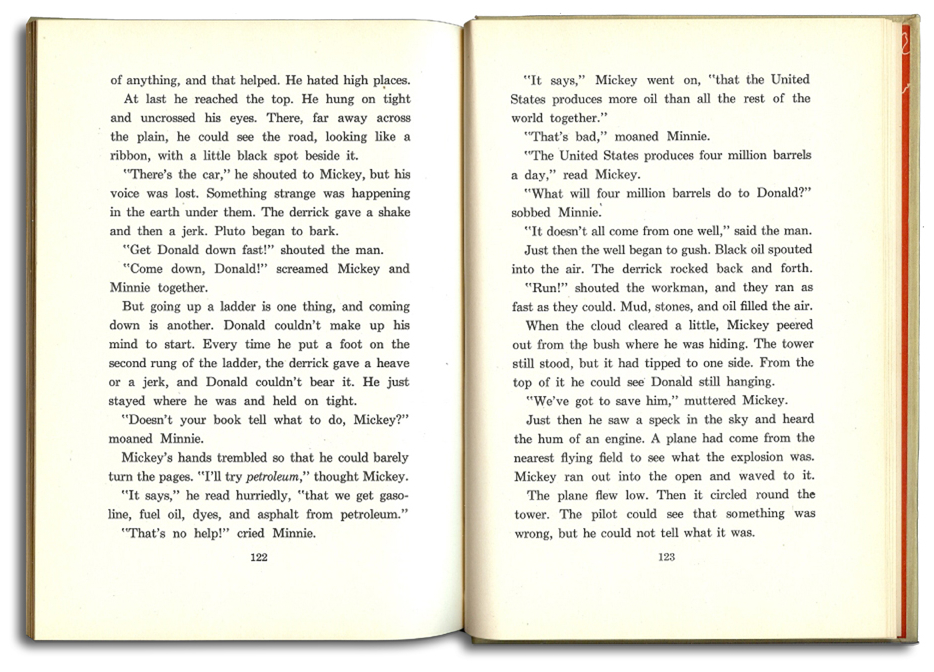 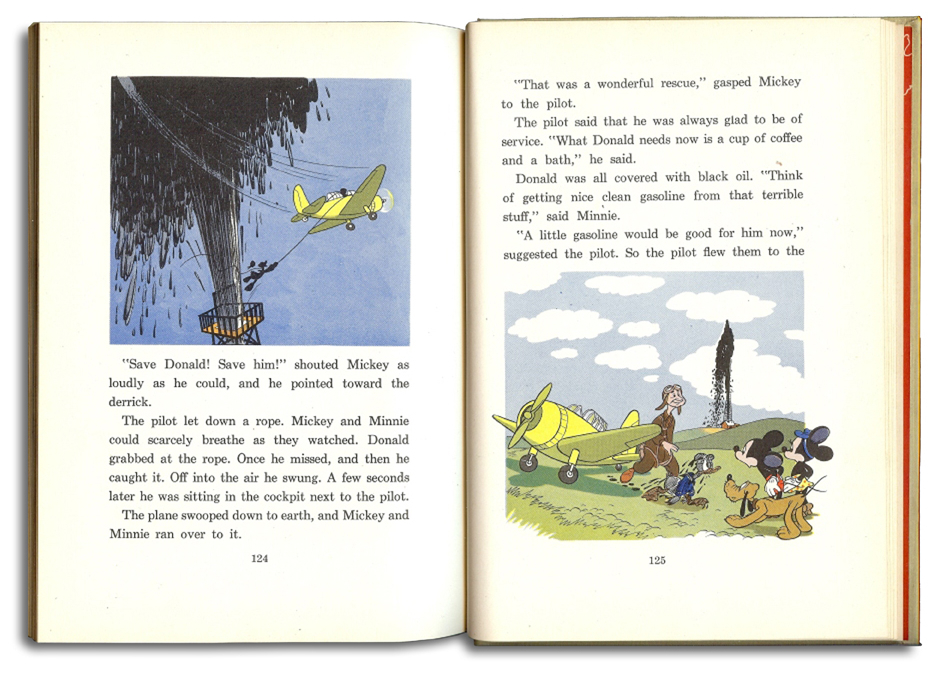 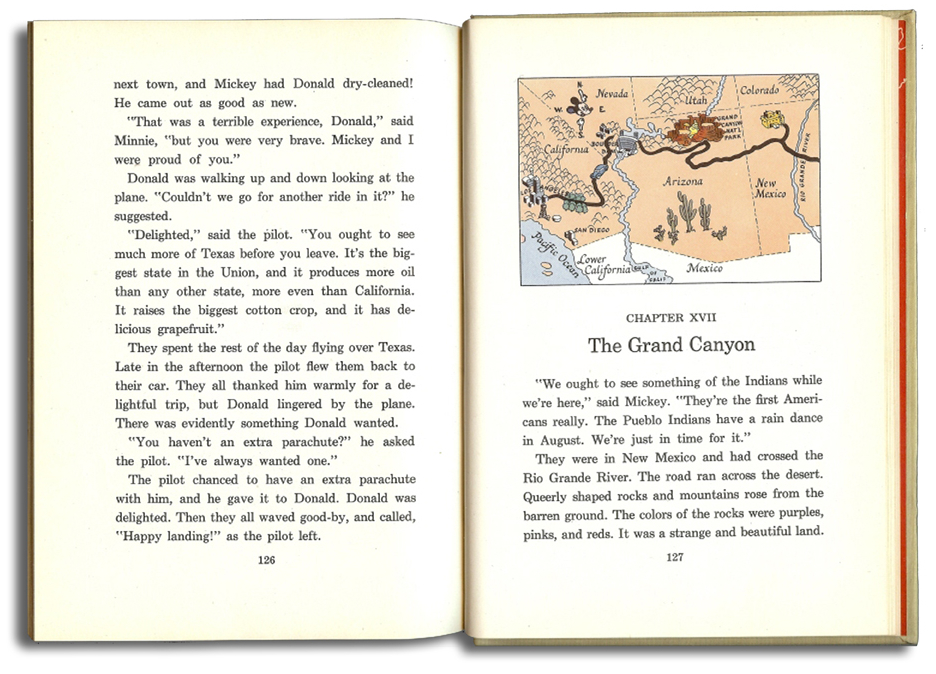