“Then, a golden mystery upheaved itself on the horizon—a beautiful winking wonder that blazed in the sun, of a shape that was neither Muslim dome nor Hindu temple spire. It stood upon a green knoll, and below it were lines of warehouses, sheds, and mills. Under what new god, thought I, are we irrepressible English sitting now?” —Rudyard Kipling, From Sea to Sea

Before you go, look up your birthday. Not the month, day and year you’ve celebrated annually and rambled off on every arrival card and visa form; instead, discover the weekday of your first arrival. Then, when you arrive at the Shwedagon, you will know from which direction to approach. Mondays: east; Thursdays: west. Feel grateful that you were not a Friday baby, whose planetary sign, you discover, is a guinea pig.

Wednesday’s child is not full of woe, as the Western rhyme has it. This is one of the many things you are unlearning. Unlike those born during the rest of the week, midweek babies get two signs, an elephant, tusked and untusked—depending on whether you were born in the morning or the afternoon. Learn that Saturday’s babies are dragons who must approach from the southwest, and that Sabbath’s child—fair and wise in every way—is a garuda, a humanoid bird.

Wednesday’s child is not full of woe, as the Western rhyme has it. This is one of the many things you are unlearning.

Arrive at night, after Yangon’s muggy markets or monsoon rains, when the blazing sun has sunk—leaving an afterglow that is held in the yellow blossoms of the Golden Padauk trees. The leafy branches show their flowers only at the New Year, during Thingyan, when water is thrown in the streets, drenching passersby and purging the woes of the past year.

Slip off your shoes. Softly pad in reverence up the stairs to the pagoda’s platform. A pleasant murmur of prayers and picnics, the perfect mix of the relaxed and the reverent, greets you. Follow fingers pointed upward to the glistening bell-shaped shrine. Illuminated by floodlights, the Shwedagon appears to impart her golden light even to the sliver of moon above, which is not the pale white you are accustomed to, but a soft amber hue.

Wait your turn at the telescope while a small Burmese boy stacks a pillar of bricks and precariously balances one bare foot on top to reach the viewfinder. He giggles, lets you look. Adjust the angle, blink as the bright refraction blinds you, then stare at the seventy-six-karat apex diamond crowning the 326-foot shrine. Tilt the telescope downward to take in 83,850 different kinds of jewelry carpeting the umbrella. Listen for the tinkle of 4,016 small gold bells. Give the viewing spot back to the Burmese boy.

Recall how, in 2008, Cyclone Nargis ravaged the country, including its shrine. After the storm, soldiers, monks and citizens combed the grounds surrounding the Shwedagon, heads bent as if in meditation, occasionally stooping not to kowtow, but to recover a Burmese ruby or diamond whose glint or sparkle gave away the place it had fallen. 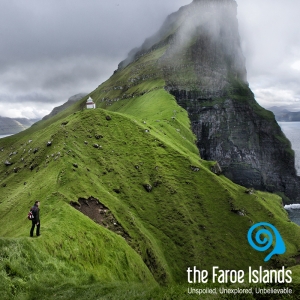 Announce your arrival by ringing a large bell. Allow yourself to be corrected when you swing like an American at bat instead of gently tapping with the end of the round stick.

Feel the weight of Western tradition as you pass another bell, King Singu’s bell, which the British stole and subsequently lost in the Yangon River. A painting depicts the shameful scene, the incompetent British watching in horror as their twenty-four-ton prize splashes into the water. Consider crawling beneath the dome of another bell on display, King Tharyarwady’s bell, striped red and suspended just above the marble floor over what is supposed to be the best spot for meditating, or for hiding.

Circumambulate the pagoda, wandering in and out of the temples on the terrace. Pass golden Buddhas in various iconic postures, emanating protection, meditation, contemplation, enlightenment, mortality. Pass ruby-eyed Buddhas and a Buddha carved from a single piece of jade.

Circumambulate the pagoda, wandering in and out of the temples on the terrace. Pass golden Buddhas in various iconic postures, emanating protection, meditation, contemplation, enlightenment, mortality. Pass ruby-eyed Buddhas and a Buddha carved from a single piece of jade. Pass a Buddha with a parasol, Buddhas with neon discs spinning behind them like slot machines and a Buddha with one eye larger than the other. Wonder on which day he was born.

Pass Pyidawpyan Buddha, “the returned Buddha image.” Once stolen by the British and taken to England, he now stands enshrined behind golden bars—whether to symbolize the former captive’s plight or keep him from escaping again, it’s hard to tell. After the occupation, the British gave Pyidawpyan back to the Burmese.

Finally find the small Buddha at your designated planetary post, one of the multiple gods incarnate standing guard around the stupa’s base, and join the others scooping water with small wooden bowls and pouring it out over the fragrant blossoms coating the statue. Feel Wednesday’s woes, those you brought from the West, gradually wash away.

Pause when you reach Victory Ground, where kings and governments—and the revolutionaries who hoped to overthrow them—came over the centuries to wish for victory. Remember thousands of russet-robed monks who began their peaceful protests here in 2007. The demonstrations ended in unspeakable, unspoken violence—the victory wish ungranted.

Recall the words that National League for Democracy leader Aung San Suu Kyi spoke here before five hundred thousand of her people, declaring the 8888 Uprising a “second struggle for independence.” The first was fought by her father, Aung San, who stood at the Shwedagon a few decades before her to declare independence from the British.

Try your own luck at the star-shaped wishing place. Sit among other hopefuls facing the pagoda. Gaze into its glow and think of the mystery held inside: eight strands of the Buddha’s hair, enshrined over two thousand years ago. Instead of training your thoughts in meditation, instead of praying for others as you have done in the church pews of your youth, sit on the auspicious ground and wish not for victory, but for Tuesday’s grace, realizing that—like Thursday’s child—you have far to go.

Jodie Noel Vinson is Managing Editor of Longitude Books, an online travel bookstore based in Minneapolis. Her essays and reviews have been published in The Gettysburg Review, Pleiades, The Rumpus, Rain Taxi, The Los Angeles Review of Books, and Outside In Literary & Travel Magazine, among other places. Jodie holds an MFA in non-fiction creative writing from Emerson College, where she developed a book about her literary travels.