There was a moment of weightlessness, swimming in an oasis. Balmorhea is there because of the natural springs. The spring produces a million gallons every hour. Water runs directly into the dusty dirt, long irrigation canals leading into town, sluice gates dividing weekly allotments for gardens and such. These days there is a state park around the springs, just a building or two and a parking lot with a bottled-water vending machine. The oasis itself functions as a swimming pool. It is the only cool spot on the road south to Big Bend. There are flat shy turtles and indifferent black fish and small cackling ducks. There are also snakes. I swam there in the early spring and there was only one other visitor, an older man with a stiff freestyle stroke and an upsetting habit of breathing only once or twice a minute in explosive snorts.

The Rock Shop owner was a new widow and all of the rocks reminded her of her recently departed. The local agate that her husband had especially liked is called “Balmorhea Blue.”

There was only one other visitor, an older man with a stiff freestyle stroke and an upsetting habit of breathing only once or twice a minute in explosive snorts.

The drainage from the springs leads to a shallow lake outside town, a reservoir that appears to have been poured out on the ground in an act of petulance as recently as yesterday. At the water’s edge is a small campground that may be occupied for five dollars (just insert money into the mysterious door slot). A raft of snow geese appeared the second morning. We returned with one less vehicle the second night, because the van that I had been living in for two years exploded just before we got to Pecos.

Diffused sensations. A cold night in a dirt lot. Trucks passed four feet away at full speed on the interstate. A terrible smell of burning fluids. My friend had to drive to a gas station twice in one morning to poop. I sat there and looked at everything I owned and thought that when this all came apart, it would feel like dissolving. 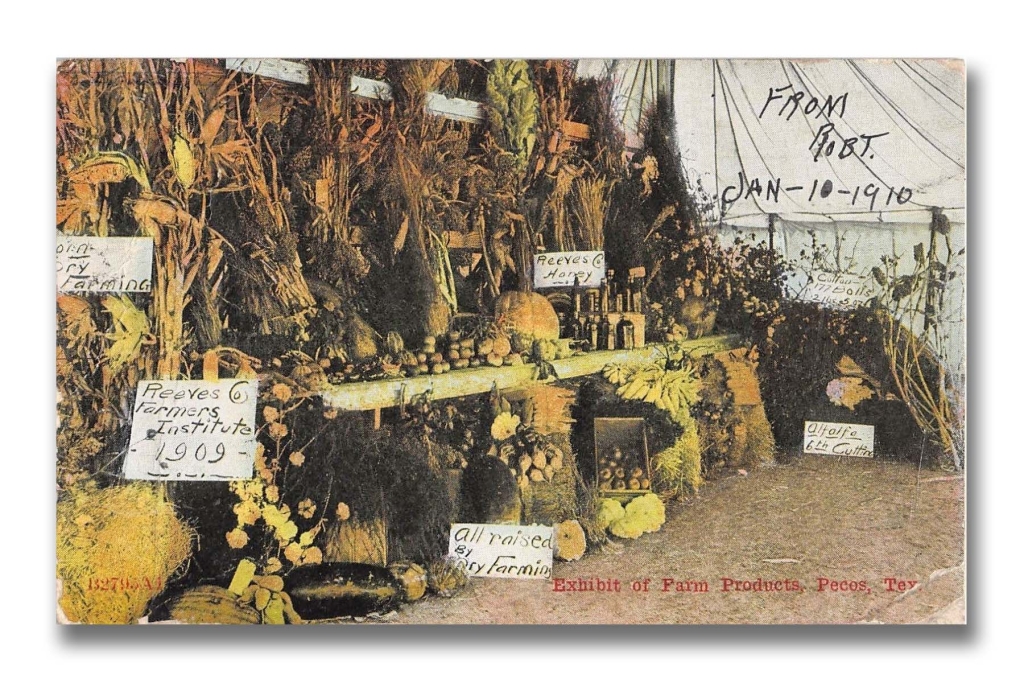 Friday. Pecos has the same weather every day. I learned that my nose registered not only the dust and dryness, but also traces of sulfur dioxide in the breeze. The things that I owned were disassembled, sorted, discarded, scavenged, dumped. I wanted to pawn something, but Pecos has no pawn shop. In the morning, I called into the West Texas Hotline, where things are bought and traded over the radio. Nobody seemed interested in my adenoidal tale of woe. Butter-pecan milkshake for breakfast from the Dairy Mart. All of the little businesses around here that thrive are managed by sturdy gangs of older women; they laughed at me when I claimed that I could handle their burrito.

The mechanic at Pecos Diesel, in whose lot I’d been sleeping, was a globular man with a stained beard and a slow, uncoiling manner. He approached me in a golden cloud of dust and offered work: clearing out a school bus packed tight with tiny dented sports cars. His assistant was the dirtiest human being I have ever seen. The whites of his eyes, as he smiled, were blinding to look at. I was hoping that somebody would buy a good transmission for cheap, with a van attached to it. The alternative was sad to me and the steel scrappers put on a grim air. Maybe a hundred, hundred and fifty bucks, tops. The oldest scrapper had only one tooth, but it was as wide as several regular teeth. Everyone was in agreement that my van was a crappy diesel make and a pain in the neck. Chevy didn’t bother to redesign those engines even though they exploded with such regularity. Finally somebody telephoned from the West Texas Hotline with a pitiful offer, and I leaped like a trout with both hands. I left town the next day with a small fraction of my personal belongings. 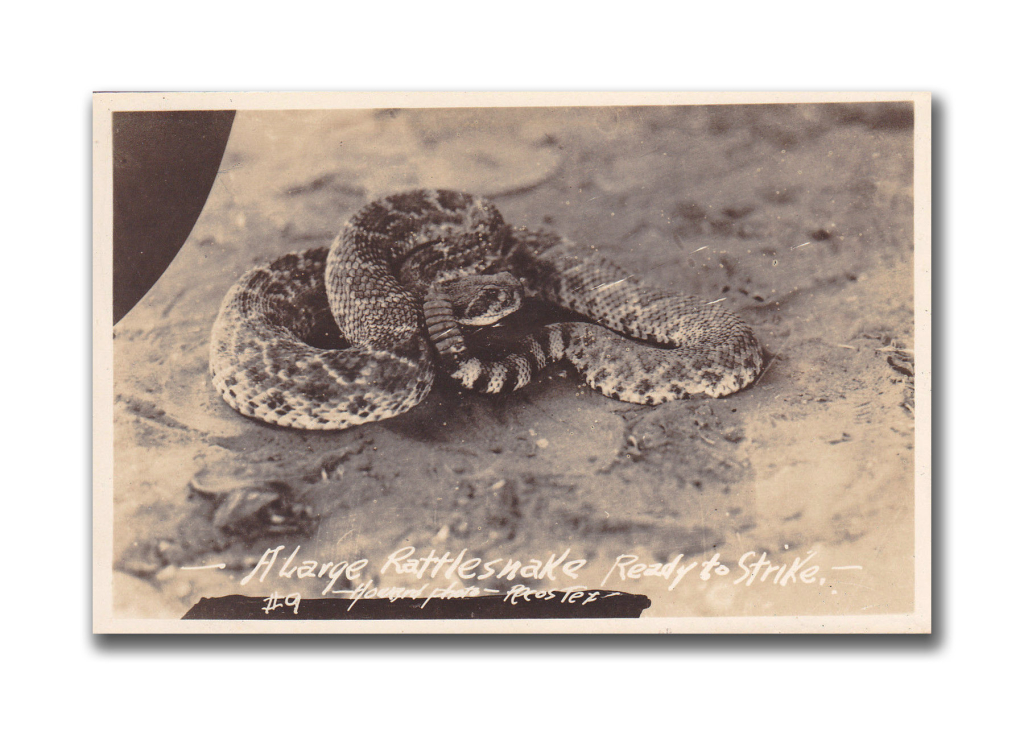 2012. What was happening in Pecos, Texas? Oil and natural gas. Wayne Sparkman, the man who offered to crush the van if nobody bought it, said that the past few years had seen strange things. Pecos Diesel had a six-month waiting list for engine overhauls. The only engine parts available were one hundred fifty miles away in El Paso. The population of Pecos was swelling like a donut around the perimeter; the Economy Inn was overfull; C & T Donut and La Norteña Famous Tamales and Dairy Mart and Golden Palace Chinese and any other Kwik-Mart or taco stand were clogged with solitary men who didn’t cook for themselves. A friendly ex-con in the library admired my words per minute. I watched, fascinated, over his shoulder as he attempted to get a $54,000 loan from something called givememoneynow.com—for financing his theoretical gourmet beef jerky enterprise. His plan was to hit the ground running, operating out of his pastor’s living room. I mentioned that he might want to be careful with unscrupulous loan websites, or at least look for one with a slightly more professional name. He thought about that and carefully started a new search: “Who … will … give … me … a … loan … for … gourmet … beef … jerky … business.”

I watched, fascinated, over his shoulder as he attempted to get a $54,000 loan from something called givememoneynow.com.

There were new pickup trucks on every street, even with a third of the buildings in dry disrepair. It took three days to find the main drag because everybody was hanging out in the air-conditioned Walmart. Suddenly there was a little money, and nobody seemed to know what to do with themselves. It reminded me of the Gulf Coast during the oil spill, when it was difficult to get a loan even though there were empty houses everywhere. Various drilling and banking companies (extraction specialists) understand hit-and-run situations and behave accordingly. They soak you for as long as they can and then get out. If you manage to get a loan, you’ll likely default on it. The rig workers at the Economy Inn will move to the next spurt.

Sparky says: This is the desert; we’re in the desert. There’s a give and a take. Water is more precious than gold. The gas companies are using town water for extraction, and there is only so much water in the ground. When it’s gone, that’s that; you’ll have taken too much and you won’t get anything back. The water here is real alkaline anyway. The post office has five feet of saltwater in the basement. But Balmorhea, they’ve got nice water down there. They won’t let us tap into that. We would suck it dry by noon every day.

Balmorhea and Pecos. The oasis and the ruinous craters of the moon. The lunar base will be a natural-gas rig, alone on the sea of crisis—the sea that has become known, saturated with light. Elsewise it will be a lonesome taco stand listening to coast-to-coast radio on the interstellar AM, tired again and waiting for the earth to rise.

Anna Ialeggio grew up in Vermont and lives in Los Angeles. She makes speculative media, like sculpture and radio.