IF A DAY PASSES in which an Argentine does not ask me what possessed me to move here (since they all want to leave) it’s probably a holiday and everything is closed.

At first I thought it was a funny question, a charming mix of hysteria and gravitas of a culture that invented its own vocabulary for chaos. I was unaware of its history, and unfamiliar with reality in Argentina in general. Now I ask myself the same question every day, holidays included.

For three-and-a-half years I was the proprietress, plumber and porter of a B&B in Buenos Aires: an 1800s colonial townhouse, restored tastefully with labyrinthine gardens. During my first two visits to Buenos Aires, I did not learn Spanish as intended, but instead became obsessed with tango. In January 2008, I packed a bag for summer and went for more. I was addicted to the thirty seconds at the beginning of a song when the two strangers settle into an embrace to spend the next three minutes completely beholden to each other. I wanted to do this every night until April when it was time to go to back to the States and finally become successful at something.

For the five years prior, I had been working for a “luxury active travel” company, a white-gloved bicycle tour guide swashbuckling through Europe, serving up hedonism to the affluent. It occurred to me that I could do the same in Buenos Aires in the summer, so that when I graduated with a master’s degree (subject matter undecided), I’d have a little business in the bank to support my Argentine habit. Thus Paragón Tango Departures was born. Granted, paragon is actually an English word — I put an accent on it to make it look authentic — but the idea was swanky tango immersion: you’d give me a week and I’d feed you first-class and have a pair of teachers on hand to make you passable dancers.

I was addicted to the thirty seconds at the beginning of a song when the two strangers settle into an embrace to spend the next three minutes completely beholden to each other.

In between tango classes and siestas, I searched the city for boutique hotels that I could rent out during the trips, and one popped up that had only just opened: a five-room gem of cool in the city’s old town. The owners were an young English couple that had bought the house just after the housing crisis. The tall one was a social mastermind, and the other, at 23, a precocious architectural prodigy. Together, they were a very convincing picture of “the good life.” I rented a room for a week and we became best friends. It came out that they were having domestic troubles and had been trying to sell the house to solve them. Two months later, sweating idealism, I bought their house and everything in it, including the business. 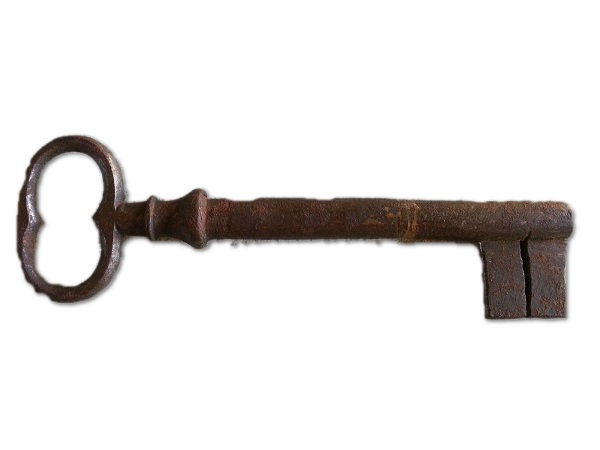 It was a new era for me: I’d forgo the degree to run a quaint B&B by day, write about it in the afternoon over a mint julep, then tango until it was time for breakfast, and throw bundles of pesos back at the investors after a couple Paragón trips each summer. Plus everybody agreed that it would be trés chic to run a hotel in the “Paris of Latin America.”

The due diligence involved in buying a house (i.e. an inspection) seemed impossible, since I didn’t speak Spanish, and unnecessary, since I was already living there. I had all the information I needed. My friends told me to put an empty jam jar over the electric socket so the rain didn’t cause a short in the outdoor light sensors, and I was warned that the dishwasher and the refrigerator could not be plugged in at the same time. Everything else was recently redone, and I should have no problems.

At the end of March, when they sneaked the chocolate suede living room couch out the window, I guessed the previous owners wanted to have it cleaned for my grand opening and would bring it back. But I never saw it again and heard from them only once more: prelude to a dismal season ahead.

It was a week after the sale was officially completed and the B&B was closed for repairs until May when we’d open “under new management.” I had let the guys keep the key in a futile gesture of friendship, and one evening they entered the house in full-stealth mode. I spotted them sitting at the computer in the dark and I supposed they wanted to surprise me, so I let them be. They left just as quietly as they entered and I discovered that the computer’s operating system was now password protected. Que sorpresa indeed. I had to hire a hacker to break into my own computer and then discovered that they had erased all the reservations and website files.

My morale was waning and it was the coldest April on record. I couldn’t put on any warm clothes because I hadn’t brought any. The early arrival of winter also coincided with my decision to paint the main staircase and exterior walkway, which led to all guest rooms as well as my own living quarters under construction. Thus I had no access to the rest of the house and could not supervise of the work being done by a team with whom I could not communicate. My nights were not spent tangoing in another dancer’s embrace, but rather lying in a fetal position on the wood floor where the couch should have been, warming my feet with a travel-sized hairdryer.

The only consolation was that the arrival of the guests would end the bleakness. At 6 a.m. on opening morning, I tiptoed up the freshly painted staircase to find Carlos, foreman of the renovations, passed out on the unfinished floor of my new room. The six empty 40s of beer that rolled from one end to the other when I opened the door indicated uneven handiwork, but it seemed inappropriate at the moment to mention anything because he was sleeping. He’d been doing this a lot after his brother (the previous contractor) was killed in a car accident weeks before, and how could I argue with that?

So I put on the first shirt I pulled out of my suitcase and sprayed myself with air freshener. I left some money by his head and went downstairs to open the door for my first guests.

My nights were not spent tangoing in another dancer’s embrace, but rather lying in a fetal position on the wood floor where the couch should have been, warming my feet with a travel-sized hairdryer.

Months later, I hosted an ideal couple: appreciative, curious and open-minded Canadians, staying in the honeymoon suite. Prior to their arrival, I had spotted rat droppings on the private patio of their room, a problem in the hospitality business paralleling armed robbery.

I showed the couple up to their suite and briefed them on the idiosyncrasies of the air-conditioning unit and wine bars in the neighborhood, my eyes darting around for a gelatinous tail and the ensuing ruin of my career.  Nothing, yet.

The guests went out, and my boyfriend Hugo and I did a thorough search of the property, hiding traps behind jasmine vines and under the piano. Parched by such suspense, we went up to the top terrace for a sunset cocktail and gazed down on the patios below. 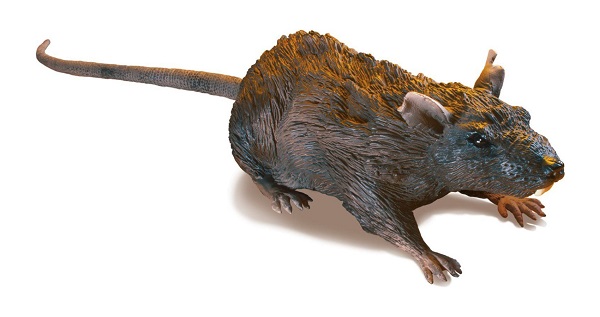 Horror! Eight hairy offenders with long, slimy tails were scurrying up and down the walls and benches of the honeymoon suite’s private patio.

Just then, I heard the iron door downstairs slam shut and ran down to meet them. It turns out that they had planned the first evening of their honeymoon around a romantic candle-lit dinner on their patio, and gently asked me to set the table while they picked up the food. Panic-stricken, I excused myself and conferred with Hugo. We agreed – he’d cut the power on the patio and I’d apologetically explain that the unfortunate outage was a frequent but endearing occurrence for us in bohemia, and that they’d have to eat inside.

While they went to pick up their dinner, I set the table downstairs with all of the accoutrements for an unforgettable evening, but upon their return they insisted on dining by moonlight — if it couldn’t be on their patio, then they’d eat on the communal terrace next to theirs.

I could do nothing more than carry the plates upstairs and wait, refund in hand, for piercing screams. Hugo and I drank wordlessly on the top terrace, but, by some miracle, the honeymoon dinner was a romantic and rat-free success. The couple retired to their room below holding hands.

Grateful for the reprieve, we concluded that the only solution was to shoot the rats. Yes. We could permanently annihilate the problem in a matter of seconds, forever. I felt relieved and even excited about our troubleshooting the next day. 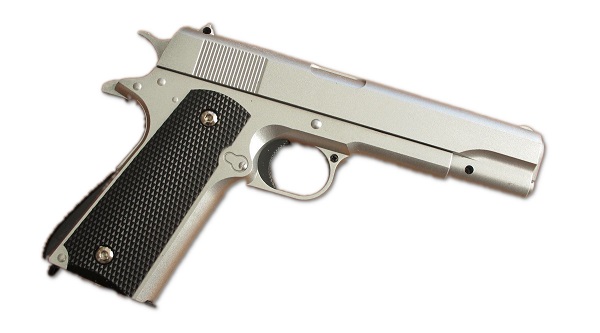 We bought a rifle in the morning and then waited until dusk. From the top terrace, I took a few practice shots at the satellite dish on the roof next door, but no joy — my summer camp BB-gun track practice in a haystack hadn’t amounted to much.  My boyfriend hit the dish on first try and though I was quite eager to do the deed and become the hero, it was not worth risking headlines in the Buenos Aires Herald blasting both my poor inn and even poorer aim.  So we agreed he’d be the sniper. I filled the cooler, he fired up the barbeque and we waited for Judgment Day.

I could do nothing more than carry the plates upstairs and wait, refund in hand, for piercing screams.

We spent all night staked out.  Finally at 2 a.m., disappointed and without a single sighting, we packed it in. We returned, armed for duty, every night for the following week, but the rats were never seen nor heard from again.

I’d being lying if I said I didn’t find the whole experience a bit anti-climactic.  After all, I’d always fancied myself a bit of a renegade, and I’d invested our monthly earnings in a gun.  But in the end, my guests left with marriage and sanity in tact, and my B&B was saved from doom of a damaged reputation. Now I’m a much better shot. 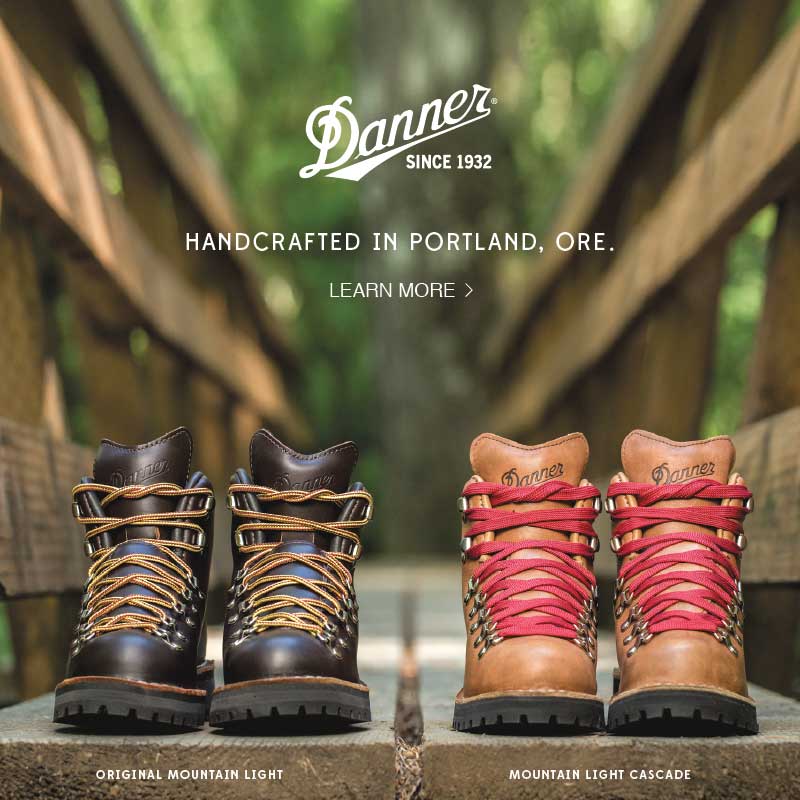