In The Field: Necropolis

I stood up from where I had been kneeling on sheets of cardboard, leaning over a Roman skeleton. Most of the time I spent nearly laying down, to get as close as I could to the work, cleaning the bones with dental tools or small brushes. It was just what I would have imagined archaeology to be before I knew anything about it: a large cast of workers excavating in a hot, dry, and dusty place.

I crossed the site, a pit dug into the heart of the city of Valencia, on Calle Quart near the medieval towers. Archaeologists and students excavated burial after burial, complete skeletons left here during the Roman period, along with cremated remains. Some of the skeletons had things buried with them. Near one I found a tiny vase, made of glass as thin as cellophane. In others, mourners left lamps for the dead to light the path into the underworld. Working so close to the dead was eerie. If I were buried I don’t know if I would want someone disturbing what was left of me. With each new grave that I excavated I told the skeleton that this whole thing really wasn’t my idea. Over lunch, Dr. Guerin told me that whatever spirits might have been here were long gone.

Dr. Guerin, the project director, stood near a skeleton with several other archaeologists and students. His first language was French, he played guitar in the evenings, and he balanced humor with authority. He and his team welcomed me as one of their own. My life as an archaeologist started on that dig.

One of the students handed me a coin while another explained in Spanish that it had been found attached to the teeth of the skeleton. A third pointed to her own teeth. My Spanish was awful, so they often pantomimed things at me. The coin read Caesar Augustus. Two thousand years before, this coin had been put between the teeth and lips of a dead man so that he could pay to cross the River Styx. I felt a charge of something between adrenaline and joy.

With the coin the value wasn’t the currency or the metal, but the date. The burial happened during or after the reign of Caesar Augustus, which connected this burial to a real world timeline. It was one piece of information that couldn’t get away.

I learned how much our bones tell about us. Each feature that I noticed had a corresponding cause. I saw a strange line across a bone, only to find that it was a mended injury. Bone density could tell if the person had suffered a prolonged illness.

I realized I couldn’t save everything. It was heartbreaking to see bits of bone fall off, especially during difficult excavation when the bones were wet. This was once a person, and every bit could potentially tell part of the story. I saved as much as possible, but it hurt me to dig around an especially degraded skeleton and see small pieces fall away with the chunks of dirt that I was removing. I wanted to record all of the evidence, everything, and it was killing me that I couldn’t.

One day I found a piece of bronze or other copper alloy near the neck of a skeleton, the remains of a necklace of some sort. A lead archaeologist told me to excavate around it and then put it in a numbered bag. I spent an hour or two carefully digging around the object, trying not to get too close to it while still outlining its shape. After we documented its location I would use one of the dental tools to scoop it up and into the bag. With the rising sun, the dirt heated up and dried out. The earth around the necklace went from a rich brown to a dried tan color with sugary grains across the top that rolled around in the breeze. As I was just getting the outline of the artifact, a gust of wind whipped across the site and in one puff the object turned into a cloud of greenish dust. Most of it blew away.

With that gust of wind we’d never know much more about the necklace, the shape of it, its design, who made it. There wasn’t enough left. 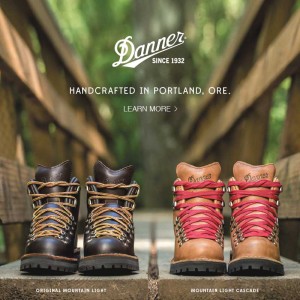