Much of that summer I spent in the bleachers, twirling my whistle until the rope wrapped up my finger, then twirling it the other way. England was wet, with trees like the cousins of trees I knew from home, which was eerier than just having its own trees, and I’d sit in the bleachers watching the fog move through them and rain patter the leaves. The kids I coached were on the field punting soccer balls at the kid they picked on, or somersaulting around the track. One kid actually somersaulted the full 400 meters before staggering into the bushes. Every ten minutes a pair of jets thundered back from a flight, and no one on base could hear anything anyone said. On clear days you saw them, the dark arrows flying far ahead of the thunder they made, but there weren’t many clear days. The National Anthem sounded every evening at 1700h, and everyone stopped what they were doing. If you were driving, you stopped your car.

I coached with Laura, Alan and Gabby, all of us college kids on summer break. Laura knew someone in the base’s command, and we knew Laura, so there we were in England, expenses paid. By the time I arrived, the three of them had been there a week. They took me in the van the Air Force had issued us to the commissary, which was as big as the fighter jet hangars. Everything was in bins, and cost a dollar. Crates of cereal, coffee, fruit snacks, frozen fish sticks—a dollar. The lighting was harsh, not a shadow in sight. After the commissary we drove to the base up the road, where we were staying. They were closing that base, or scaling it back. Most of the buildings were shuttered. Still, at the gate, a guard with a machine gun checked our IDs. The building they gave us was an old barracks of fifty rooms. We could sleep anywhere. 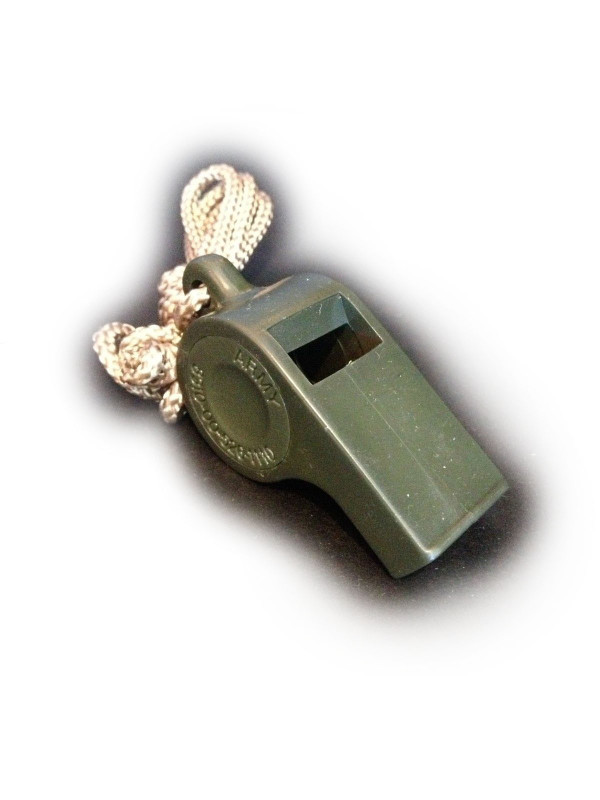 After my first day of work, Alan and I went to this building on base with foosball tables and ping pong. The building had no sign or markings—it just was a building—but there was a bar selling Newcastle Ales for a dollar. After a while, we were drunk. I kept checking the door to see who would join us, but except for the flickering TV nothing moved. Even the bartender disappeared. We walked around and helped ourselves to the beer, stuffing dollars in the register. Laura and Gabby came, and we drove to a pub in the countryside. Later that summer we’d steal a beer sign from that pub and burn it in the barracks shower, but that night we just drank and went home.

Gabby started seeing Derrick, an enlisted guy with tattoos, so we hung out with the enlisted guys. They lived on the main base in a barracks like ours, except occupied, two of them to a room. They liked to drink and chew Skoal, and took us to the Liberty Club, which was the bar for enlisted people. It was dark and crowded, with velour upholstery and brass handrails that weren’t brass, wood that wasn’t wood. I met a lot of people those nights at the Liberty Club, but remember only two of them. The first was a guy I met on the patio, which was less a patio than some trodden grass where people smoked and yelled. He was my age and had fought in Afghanistan. When he asked why I was there, I had to say I coached at the rec center. I felt puny, and so told him I admired his service. I tried to say it from the heart, but it was obvious he didn’t hear or even see me, drunk as he was.

We met some pilots and made friends with them instead. They had a bar of their own, but took us to the clubs in Newmarket and Cambridge. They lived in Newmarket, because the housing on base was shit. One of the mornings I woke up on a white couch in a room with white carpets and chic tables. There were high ceilings with lazy fans, high windows. An officer’s digs. Gabby was dating one of them now. He drove us back to the base, where Derrick that day happened to be on post. He had to salute this pilot who drove by with the girl he believed himself, not the pilot, to be dating.

Sundays were boring. We rode in the van with these three-liter jugs of cider purchased in the village, sometimes getting out and splashing in the canals. I never learned the English traffic laws, and so didn’t have to drive.

We ran camps in every sport they had equipment for: basketball, baseball, tennis, track, soccer, football, rock climbing, volleyball. We held a new camp each week, with basically the same kids. Their parents were enlisted, and had enrolled their kids because the camps were free. The officers’ kids had their own camps, or flew home for camps in the States. I never met an officer’s kid, that I knew of.

We twirled our whistles, watching our charges run into each other. The planes thundered in. When there was lightning, or when no kids showed up, we napped in the employee lounge. These were hungover days. For how debonair a summer in England had seemed, there was little to do, or else little that seemed worth it. Laura and Gabby went to Amsterdam and other places, but Alan and I mostly drank. If the base drinking got stale, we drove to the countryside pubs. Once we went to London, but were drunk upon arrival and unsure what we were supposed to do. Another morning we woke in sleeping bags in a village park, near some Englishmen playing rugby. 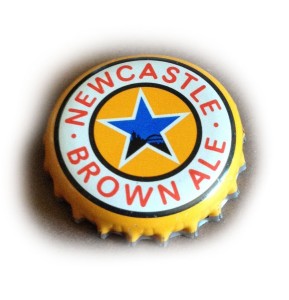 For people acting this way, we had the right job. We had to show up, but once there our continued presence was enough. We had to make sure we didn’t lose any kids, was all. Some money came through and the base hired an English soccer coach to assist for a day. He had a van he carried his stuff in, and while the kids scrimmaged we drank Stella Artois in the back. It all was harmless, though once during the rock climbing camp a kid climbed to the rafters before I realized he was off belay. I clipped him in just before he pushed off the wall.

We were napping in the employee lounge when the bombs went off in London. The base went on lock-down. For the rest of the summer there were roadblocks at the gates, the kind you had to slalom through, and additional Humvees and machineguns.

The other person I met at the Liberty Club was Liz, and though I didn’t meet her until the end of the summer, or what for me was the end of the summer (I’d decided to fly home early), I conflate the night I met her with the day of the bombings. Somehow the two are connected. I don’t know why we were back at the Liberty Club. We hadn’t seen Derrick in weeks. But there we were, drunk and dancing. Liz was eighteen, but could drink because we were in England. Her parents worked on base. That fall, she was starting college in Florida. 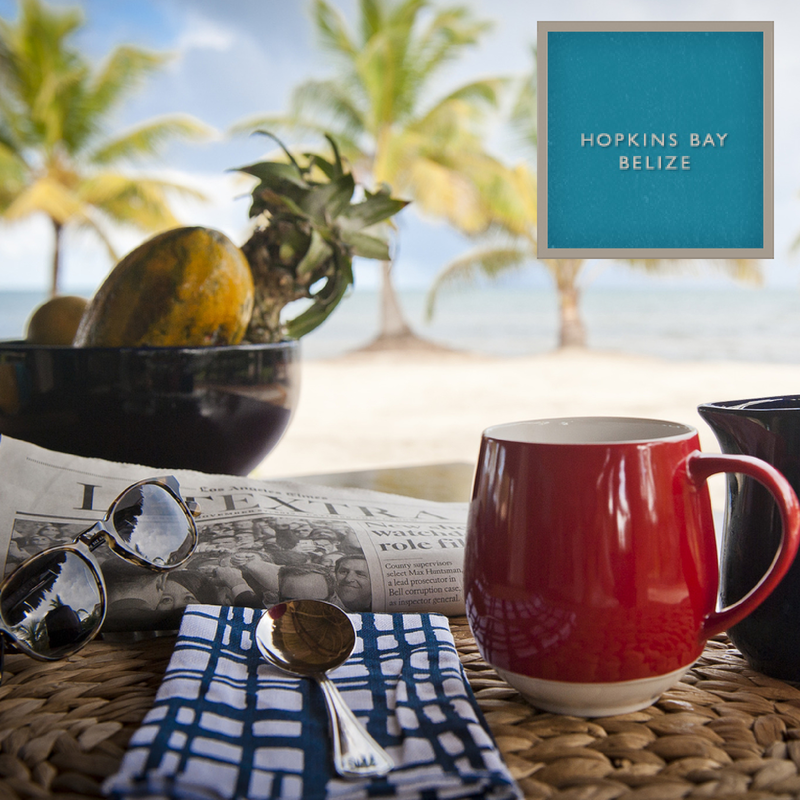 She and her friends were going to a party, so I tagged along. We piled in a Tahoe, the two of us crammed in back. It was loud enough in the car that to say anything we had to put lips at each other’s ears, which made her words as much breath as words. I had no idea where we were going, and no idea, when the tailgate popped open and we stumbled into a lawn, where we were. The house was a brick cube with oddly spaced windows. It was hard to see how windows like that corresponded to rooms. All down the street were the same bland cubes, though only the one before us seemed occupied. The walls thumped with music. People smoked on the stoop.

It must’ve been more of a party earlier in the night. Inside, the living room and kitchen were abandoned messes. Vodka bottles and food wrappers littered the coffee table. A Coke bottle that someone had used as a spitter had tipped over and spilled on the carpet. The table in the kitchen actually had a cloth on it and some bowls of chips and nuts, but there were more nuts in the vicinity of the bowls than in them, and someone had left the chip bag in the sink.

No one was around—the people we’d come with were smoking out front, or had gone through to the back—but the house was empty in some more fundamental way. It was the lighting, I thought. There was one weak lamp, the bulb over the stove, and a muted TV. It was dismal. Only later, crossing the Atlantic, did I realize the true reason the house had felt empty. There’d been no ornamentation, no photographs or plants, no trophies, nothing. The place was like a storage unit for appliances and furniture.

Liz led me to the backyard, where people were smoking in plastic chairs. She disappeared awhile, so I chatted with whoever was nearby. I’m not good at conversing with strangers, and rely on a narrow set of boring questions, the first of which always is where are you from? I didn’t get good answers. Most of them said everywhere. The few who did have one place seemed unsure how to talk about it. It was the base where they’d been born, the place they’d started but not the place they were going, or would finish. One of them had been stationed at Fairchild, near my home. I talked about Spokane, which is a place I like. He agreed it was nice, but had nothing to add. He was about to enlist, or had enlisted already. Others, going Stateside for college, had picked institutions for their intriguing names, or proximity to beaches. No one I met had any connection to where he was going.

Liz returned, happy and high. She kissed my cheek and introduced me to people. This was Ben. He was here for the summer. Was he cute? She thought he was cute, she said, and kissed me. Though as people do, she became serious and sad. We were back inside, in an upstairs bedroom. We’d made out awhile, but had stopped. She was sick of it, she said. The whole thing. She was leaving. Yeah, I remember saying, me too.