Riding on the invisible lasso of the equator in the middle of the Pacific Ocean, an island is quietly submerging into the sea. The Independent and Sovereign Republic of Kiribati is a 310-square mile island nation located between Australia and Hawaii, and it’s sinking. With sea levels rising rapidly, scientists predict that the 32 islands of Kiribati will disappear in the next 50 years.

“What happens to us in the future? Do we disappear as a culture?” asks the country’s president Anote Tong. As captain of a sinking ship he has every right to panic. “These are the issues that keep me awake.”

Kiribati’s hundred thousand residents live on skinny strips of land about the width of a city block that float just six feet above sea level at their highest points. The crops of a few villages were destroyed after saltwater broke into the freshwater supply and residents have had to face an increasing blitz of storms and droughts over the past few years. Several atolls of Kiribati – Abaiang, Tebua and Bikeman – have already sunk beneath the sea line.

Although the nation is predominantly and devoutly Christian, their faith is infused with belief in spirits they can appeal to in times of need – the fishing gods might bless you with a good catch, the storm gods might abate if you ask them. If the country disappears, “our spirits will have nowhere else to go,” says Tong. “We ask the spirits to change the minds of those people who are doing this.”

But he is not only betting on spirits. Since he was elected in 2003, Tong has been appealing to first-world nations for funds to build a fortified seawall, asking them to accept his constituents as immigrants, and devising plans to move the population to floating oil rig-like islands. Fiji’s president Epeli Nailtikau responded to Tong’s appeals and visited Kiribati in 2013, announcing, “If all else fails, you will not be refugees. You will be able to migrate with dignity. Fiji will not turn its back on our neighbors in their hour of need.” Tong has purchased 6,000 acres of land on Vanua Levu, Fiji’s second-biggest island. 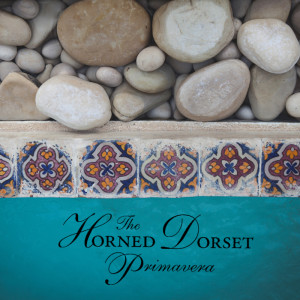 As one of the world’s tiniest nations and among the most vulnerable to climate change, this imminent disappearance has ushered them in a position as leaders in the international fight against the effects of global warming. They are a member of alliances responsible for the first draft of the Kyoto Protocol. In 2011, President Tong spoke before the UN Assembly, saying, “Whether or not we are willing to acknowledge it, climate change and sea level rise are a result of the unsustainable use of our planet’s resources. We ignore this reality at our peril.”