Shelter: Floating in a Tin Can

In the vast velvet dark of space, Earth is a luminous anchor for astronauts aboard the International Space Station. Soil types, cloud patterns, and the traceable curve of a continent below provide a sense of direction where all other indications have dropped away. Though astronauts still use the words floor and ceiling, up and down are arbitrary designators in this environment where bodily fluids flow the wrong way, drinking water must be recycled from urine, and day and night flash by every 45 minutes; outside of the mother’s hug of gravity, even the internal tissues and organs slip around where they shouldn’t, causing dizziness, nausea, and euphoria. Floating past the six-windowed Cupola in the midst of their highly regimented days, astronauts can identify Earth below just by the color of the light flooding through the glass: blue above oceans, orange above deserts, red above the Australian Outback. 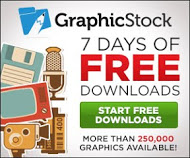 If the goal of the Apollo missions was getting somewhere, the goal of the International Space Station is staying out there. Occupied continuously since the arrival of Expedition 1 in November 2000, the ISS has hosted the longest sustained human presence in space. The astronauts, crews of three to six from Japanese, European, American, Canadian and Russian space agencies, live and work on the station for six months at a time, filling much of their days attending to the basic tasks required for daily living — both their bodies and the station take a beating outside of the Earth’s atmosphere, that thin skin between us and the great out there. Besides exercising at least two-and-a-half hours a day to fight muscle and bone loss, the astronauts occupy their time cleaning, unclogging valves and air filters, and venturing out on spacewalks to make repairs, patching a torn foil solar panel or reconnecting a circuit. Crewmembers are both the scientists and subjects of their experiments as they monitor radiation and measure the long-term effects of microgravity on the human body. A year-long mission is planned for 2015; we are learning whether and how we can live outside of this only planet we call home.

And yet, at 250 miles above the surface of the Earth, the International Space Station is not all that far away: about the distance from New York City to Washington D.C. The moon, by comparison, is nearly 1,000 times farther from us. And though it looks like it is floating, an elegant geometry of white cylindrical modules set perpendicular to gold glinting solar panels, the Station is actually in a constant state of falling toward the Earth, saved from crashing through the atmosphere to a fiery death only by its forward motion of more than 17,000 miles an hour. It is tethered so close to Earth that it sometimes dips and drags in the atmosphere and must be boosted up and out again by a rocket. The astronauts are not floating, they are falling all together, round and round our planet 16 times a day.