I am sitting in my neighborhood café sipping lukewarm Americano. It’s mid-morning, and I’m where I spend most of my mornings. Kaktus has everything you would expect from a neighborhood café. It’s close to my house, only 47 steps away, up on a parallel street. It has just the right amount of space and tables on the sidewalk to hang out in good weather. The inside is warm and inviting with a nice bar stocked with colorful bottles. The waiters and waitresses are cool and friendly. Many cats live under its roof since the owner is a cat lover, and they’re all named after old Turkish movie stars. Things have cat motifs on it: Coffee cups, ashtrays, little vases and the walls; every thing you see has a touch of cat. The food is mediocre at best so I try not to eat there except for the occasional croissant or the Turkish breakfast plate, which is really hard to screw up since it only consists of feta cheese, tomatoes, cucumbers and olives.

Kaktus has many regulars: Film and theater people, writers, advertising people, academics. The demographics of our neighborhood, Cihangir, are neatly represented in its customer base. The neighborhood, stretching on one of the many hills of the city, from Taksim Square in central Istanbul towards the Marmara Sea, used to be a Greek minority neighborhood. The 3- and 4-story apartment buildings in narrow cobbled streets from the turn-of-the century with their pretty, detailed facades, reflect the meticulous work of a lost generation of Greek architects and masons. The Greek inhabitants of the neighborhood were forced out with the nationalistic political approaches of many governments past: A first wave in the ’50s when minority stores and businesses were attacked one night by thugs following the false news that Atatürk’s house in Thessaloniki was bombed. Second wave during the ’70s with the Cyprus war. Third wave during the ’80s following the military coup. The neighborhood was “undesirable” at the beginning of the ’90s when it was home to transsexual sex workers working the streets of Taksim. Then they left too, forced out by rising rents and the gentrification process. Now, Cihangir is home to bourgoise bohemians from all walks of life with its many cafés, gourmet shops and overpriced flats with a view of the Bosphorus. It’s Istanbul’s equivalent to Soho in the ’80s and East Village a decade later. 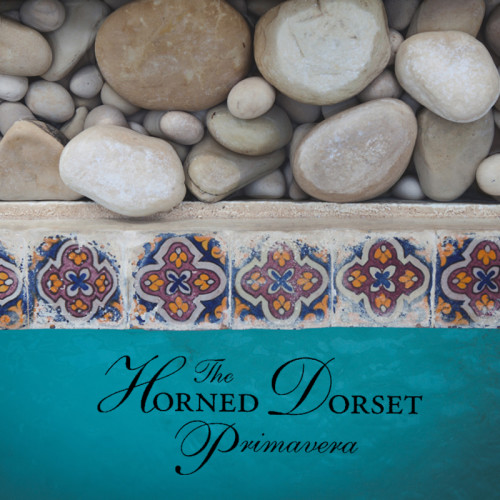 Kaktus used to be a quiet café for Cihangir’s residents, a place to hang out, an office for freelancers, a place to read the paper, to engage in gossip. It used to be a calm space in a small corner of the world where people meant their own business. Then, Gezi happened. An Occupy Wall Street-style, peaceful sit-in to counter the demolition of Gezi Park to build a shopping mall turned into hell overnight when riot police attacked people sleeping in the park in their tents one early morning in June. Gezi, a small, unassuming rectangular green patch in the middle of Taksim Square, became the symbol of everything people hated about the government and the scene of violent police crackdowns and clashes. For the whole month of June, the air of my neighborhood smelled of bitter pepper gas. Kaktus turned into a protesters’ headquarters overnight. It was close enough to the scene of major action, yet far away enough that the constant bombardment of pepper gas rarely reached over. People met here before clashing with the police. They used it as a base to charge their phones, check their tweets and sketch their daily plan of action. When affected by gas, they ran here to get treated by my 76-year-old neighbor, a café regular who prepared a stomach-acid/water solution that he bottled every day. Ideas were exchanged, actions planned, banners and signs prepared, police and government heavily cursed on a daily and nightly basis. Kaktus didn’t close until the wee hours and opened earlier in the morning. The staff sleep-deprived, the cats weary, scared and red-eyed from the pepper gas. The gas hit here too, at least half a dozen times, when we had to close the front screens and wait inside until the winds carried it away. For a whole month, the quiet neighborhood café turned into a surreal safe haven, protecting the neighborhood residents many of whom were regular protesters, from the brutality of the police.
Then, things got quiet. Some kind of middle ground was reached about the park after a court-ruling, and it was saved, at least for the time being. The municipality planted more trees and flowers to the park as if to save face. Protests and clashes diminished. I stopped carrying goggles, gas mask, helmet and anti-acid solution in my backpack. Within a month, things were back to relatively normal and Kaktus turned back into her old neighborhood café self.
It’s September now. As I sit in my neighborhood café sipping my lukewarm Americano under the oblique fall angle of the sun rays, there is talk of protests starting again with schools reopening and people coming back to town from vacation. There is talk about war in Syria. But things are quite for now, sort of. A new protest started just a week ago. Somebody painted one of the many stairs of the neighborhood in rainbow colors. The municipality painted it back to grey. People wouldn’t have any of it, and as Twitter got bombarded with calls to paint them back to rainbow colors, municipality painted them back in weird colors overnight. Now, I see residents of my neighborhood stopping here taking a coffee break from painting the rest of the stairs, with their paints and brushes. Kaktus is the headquarters for rainbow stair revolution now. One part of me wants it to stay the way it was, as my humble neighborhood café, while the other part longs for those surreal times when everybody here turned into soldiers of peace and this little corner of the world became a headquarter for solidarity. Meanwhile, I sip my Americano and keep watch.
—Zeynep Aksoy