What’s Going On In … Montevideo, Uruguay

The largest city in Uruguay and the third most southern capital city in the world, Montevideo lines the northeastern bank of the Río de la Plata (in English, “Silver River”). The origin of the city’s name is much debated: one idea is that it comes from the Portuguese monte vide eu, meaning “I saw a mount,” an expression newcomers to the city exclaimed upon seeing the Cerro de Montevideo, or the hill across the Bay of Montevideo.

Rock band No Te Va Gustar (NTVG) got their start on a small Montevideo tour circuit in the late 90s. As part of his “Dispatches from Montevideo” series published on McSweeney’s, fan and writer Patrick Madden chronicled his attendance at the NTVG’s shows in their hometown, all of which were rescheduled after keyboardist Marcel Curuchet suffered a fatal motorcycle accident during the band’s 2012 U.S. tour.

An integral member of the post-Latin American Boom writers, Cristina Peri Rossi authored 37 works of short stories, novels and poetry. In an interview with BOMB Magazine, Rossi talks about what it was like to grow up in a post-WWII Montevideo and her 1972 exile from the country.

[vimeo 38982715]
Frederico Veiroj’s “A Useful Life” was the official Uruguayan submission to the “Best Foreign Language Film” category for the 2011 Academy Awards, though the feature failed to make the shortlist. Veiroj’s black-and-white work centers on a man rebuilding his life in middle age, after his decades-long gig at a small movie theatre unexpectedly ends.

Asado, which translates to “roasted” in English, designates a barbeque in Uruguay where people gather to cook and eat the country’s red meat. The tradition stretches to the sister city of Uruguay’s capital – Montevideo, Minnesota – where each year in June the farming town hosts a celebration of Uruguayan culture, including an asado attended by Uruguayan diplomats and their Minnesota brethren. Read more about the annual event here.

The centrally located Villa Muñoz houses the capital’s most colorful neighborhood, Barrio Reus, where hues outnumber houses. The area includes the city’s museum of contemporary art, The Espacio de Arte Contemporáneo, erected in a defunct prison in the Villa Muñoz section of town. 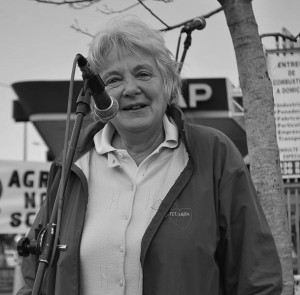 Married to the current President of Uruguay, Montevideo-born Lucía Topolansky serves as the country’s First Lady and a Senator. Because of a constitutional term that says when the President and Vice President are out of the country presidential duties fall to the leader of the largest party in the Upper House, Topolansky acted as Uruguay’s first female president for two days. Her executive powers, albeit short-lived, illustrate the state’s rising political participation among females.