What’s Going On In… Minsk, Belarus

What’s Going On In… Minsk, Belarus

The capital of a former republic of the Soviet Union, Minsk was erected from the rubble of German occupation during WWII, and rebuilt in the name of Stalin and his architecture, with its wide boulevards and large public squares. Minsk has been home to numerous outsiders including Lee Harvey Oswald, who lived there for two years and was closely monitored by the Soviet intelligence committee, the K.G.B. 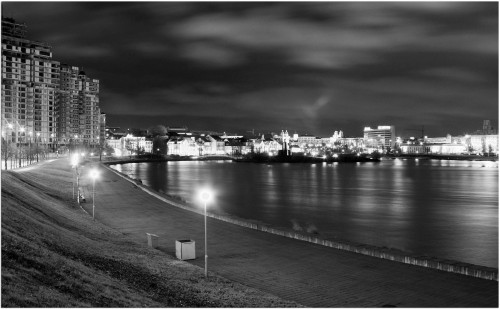 Since their formation in 2000, Minsk’s Dreamlin has steadily been filling out their electronic sound, inviting live musicians and vocalists to share the stage with their two-piece band. Listen to their track “I’m Flying Along”, featuring vocalist Sasha Zaharik:

When she relocated to the United States in 2005 Valzhyna Mort had already published work in Belarus, including her first book of poems entitled I’m as Thin as Your Eyelashes. The Minsk native conducts readings in Belarusian and English, engaging listeners with an intensity that is evident in any language. Watch her read from her poem “Belarusian”:

In a country where speaking out against the government is grounds for imprisonment, Victor Dashuk’s Long Knives Knight and Reporting From a Rabbit Hutch are risky. Both documentaries center on the authoritarian rule of current president Alexander Lukashenko, and although Dashuk’s work has been criticized as rambling, the power of his films lies in the shock-value of his images: Long Knives Night opens on several young men strapping a dog to a cross before setting both aflame. Watch the trailer here.

Kvass is a non-alcoholic drink fermented from rye bread. Popular throughout Russia and the former Soviet satellites, kvass is sold out of large vats carted around on wheels by street vendors. Brewing the drink at home requires little more than bread, sugar and honey: check out a simple recipe for it here. 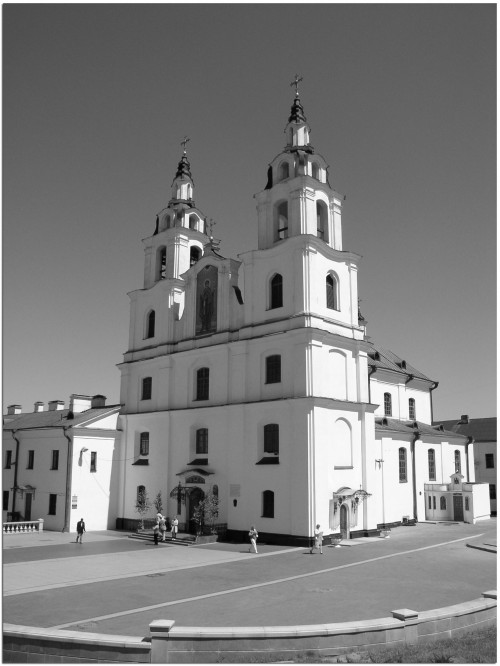 Minsk’s Holy Spirit Cathedral, housed in the city’s Upper Town, is an entry into a section of the city untouched by Stalin’s architecture. Here several churches, all fashioned in the Gothic style, line the city’s curving Svisloch River.

In 1996, Ales Bialiatski founded the Viasna Human Rights Center in Minsk to redress the country’s political prisoners, and his work with the organization prompted his nomination for the 2013 Nobel Peace Prize. Bialiatski is currently serving a sentence for tax evasion, a conviction recognized by various human rights organizations as the government’s way of subverting Viasna’s work. Human Rights Watch reports on Bialaitski’s story here.