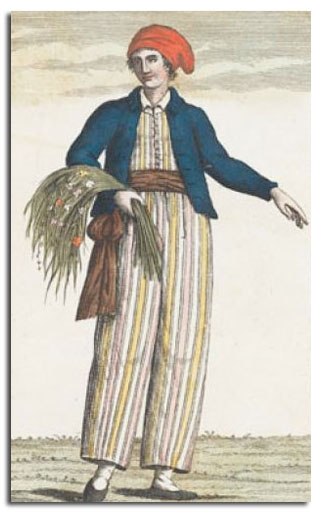 In 1769, a Frenchwoman named Jeanne Baret became the first lady to circumnavigate the earth. Three years earlier, when the 26-year old “herb woman” had boarded the Étoile—one of two ships in Louis Antoine de Bougainville’s round-the-world voyage—she had disguised herself as a man, the assistant to the expedition’s naturalist, her lover Philibert Commerson.

A peasant from the Loire Valley, Baret possessed a folkloric mastery of medicinal plants. In her book The Discovery of Jeanne Baret: A Story of Science, the High Seas, and the First Woman to Circumnavigate the Globe, Glynis Ridley suggests that Baret likely met botanist and plant taxonomist Commerson in the fields near her house in the early 1760s, where they would both have been plant-collecting. Soon after, she moved into his Paris apartment, aiding him both as a fellow gardener and nurse to his ailments.

When Commerson was asked to join Bougainville’s expedition in 1765—and allowed a paid assistant—the young couple was confronted with a royal ordinance that forbade women’s presence on French Navy ships. Wrapping her chest with tight linen bandages, Baret appeared dockside as “Jean Baret,” before the ship’s launch and offered her service as a valet to the botanist. Commerson and Baret occupied the captain’s cabin at the stern of the storeship Étoile, sharing the ship with 116 men, chests of trade goods, livestock, and countless barrels of beer, hardtack, and salted meats.

During their initial haul to Rio de Janeiro, Baret raised eyebrows for her constant presence in his cabin, according to Ridley. “After a few weeks, the calm that had descended was troubled by a rumor circulating among the men, concerning a girl in disguise on the ship. Everyone knew where to look—it was undoubtedly our little man,” wrote the ship’s surgeon François Vivés. Yet when questioned, Baret looked the captain in the eye and claimed to be a eunuch: with fears of kidnapping by Ottoman pirates high on the minds of European seamen, her allusion to a traumatic and emasculating past was enough to silence further investigation. 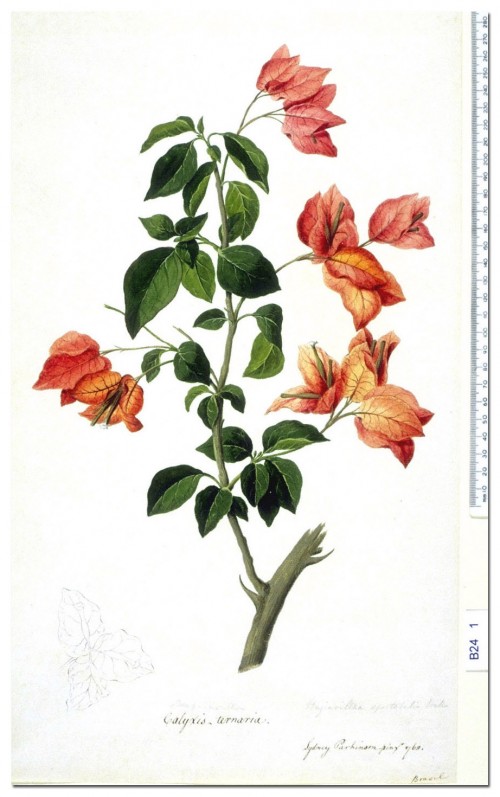 Ridley writes that while the boat was docked at Rio—with Bougainville investigating the at-port murder of the Étoile’s chaplain, and Commerson handicapped by lingering leg infections after a dog bite—Baret scrambled into the jungle to scour for specimens. Here, her discovery of the dense and brightly-colored bougainvillea vine (likely plucked for the medicinal potential it would have held for Commerson’s gangrene) made history. Though Commerson originally christened the plant under a genus Baretia, the genus has since been reclassified, leaving little tribute to the “little man” who brought it to the European world.