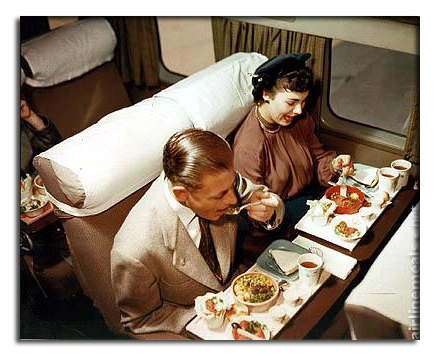 Through the late 1930s, inflight dining on U.S. airlines often meant free cigarettes and box lunches of cold fried chicken, as the airplane heaved and bounced through the sky. Stewardesses were instructed to act as nurses, administering aspirin and cordials to anxious passengers. But in post-War years as planes grew larger and reached higher altitudes, more comfortable pressurized cabins became the norm and a golden age of airline dining was ushered in. 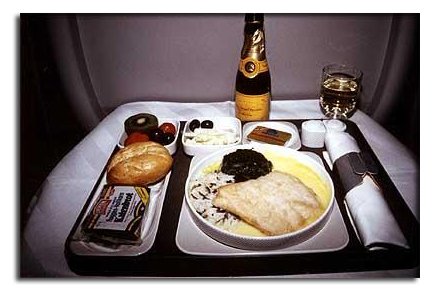 A promotional Pan Am video from 1958 showcases white tablecloths and hors d’ouevre trays, boasting that “the travail has been taken out of travel” with gourmet meals “prepared in simultaneously operating galleys, where dishes can be cooked in five-minute ovens.”

Until 1978, Congress had regulated the airline industry, mandating identical ticket prices for each given route and casting mile-high cuisine as a way for carriers to compete for passengers. 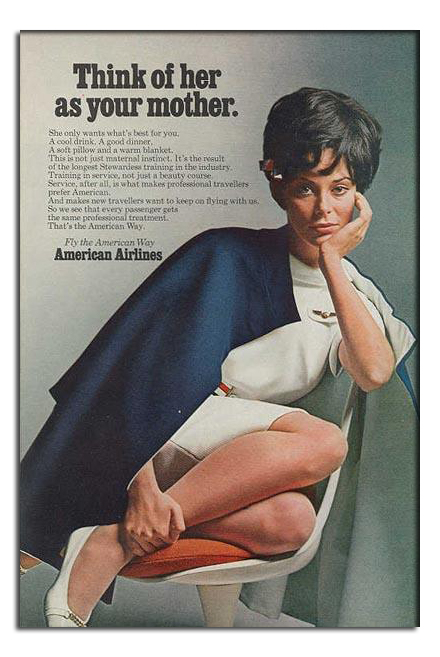 While variations of Oliver’s meat-and-sauce continue to appear on the trays of cabin-trapped passengers around the globe, last April, landlubber diners clamored to pay £50 a head at British Airways’ London pop-up restaurant Flight BA2012. The three-course meals were inspired by the airlines’ 1948 first-class menu. 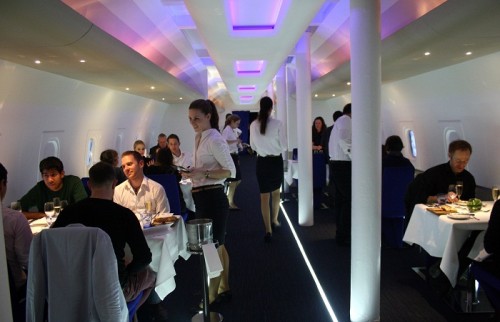 In the cost-cutting years post-September 11, many airlines migrated to BYOF status. To live vicariously through the plastic trays of air travelers around the world, check out airlinemeals.net.