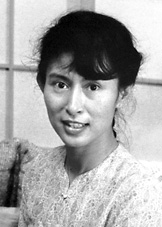 Much of the revenue from tourism in post-junta Burma still goes to the government and its supporters that financed military rule. So spending money as a visitor in the country is a constant ethical conundrum.

When I visited Burma with friends in March 2012, we wanted to see that our money made it into the hands of the right people – those entrepreneurs whose wealth was not tethered to the junta. Because Burma is a geographically large country, we spent most of our money on travel between popular destinations such as Yangon, Bagan and Inle Lake. Flying from place to place though was out of the question – although three of the four airlines in Burma are private, they are widely recognized as government-owned.

Spending 12 hours on an un-air-conditioned, 60s-era Japanese bus on the haphazardly constructed roads of Burma has its discomforts, but they are minor and temporary. The consequences of 40 years of military rule are not, and so watching your money pass from one clean hand to the next, rather than being snatched up by the shadows, is worth a half-day’s ride on a hand-me-down.

The team over at Ethical Traveler understands the complexities of traveling in Burma. Check out this dispatch from a fellow traveler here. -Audrey McGlinchy