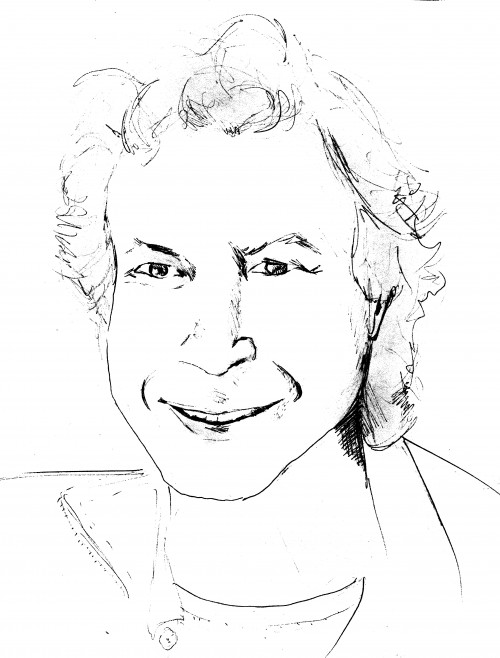 Writer, travel blogger and Executive Director of Ethical Traveler Jeff Greenwald discusses what it means to be an ethical traveler, creating the first international blog and his most recent book, Snake Lake.

NOWHERE: What’s the slowest form of transportation you’ve ever experienced?

JG: It’s like Einstein said: everything is relative. If I’m hiking in Nepal and the weather’s good and the peaks look radiant, walking seems way too fast. If it’s raining in leech season, and I have to get from my lodge to the outhouse, my feet are the slowest form of transportation imaginable.

Taking the question more literally, I’d say that crossing the Pacific by container ship was—at the same time—ploddingly slow and blindingly fast. A top speed of 22 knots an hour isn’t very impressive, but when you do it 24 hours a day, day after day, the miles seem to fly past.

For the absolute slowest, I’d have to include all forms of transportation in Mali. Over weeks of travel, nearly every vehicle I hired broke down—many irreparably.

NOWHERE: What does it mean to be an unethical traveler?

JG: I’d rather start with what it means to be an ethical traveler. An ethical traveler is, simply, a mindful traveler: someone who’s aware of the impact their travels have on the environment, on their host country, on the people they meet and on the way their own country is seen in the world. And thought we don’t always do the best thing—if we lose our cool somewhere, or stomp our carbon footprint with a business class seat—we’re at least aware of our actions and their consequences.

The cliché unethical traveler is someone who travels in a sort of colonial daze. He or she doesn’t give much thought to where they are and what they’re doing, beyond their compulsion to consume a culture or location in comfort. They ignore local political and economic concerns, and think only of themselves. The world and its people exist to serve them—and the inevitable frustrations of travel are met with anger, threats, and a sense of entitlement. But such travelers are becoming the exception, at least in my experience.

NOWHERE: How long did it take you to travel around the world without planes?

JG: I left my flat in Oakland, carried my backpack to the MacArthur BART station, and walked home via the same BART station nine months later.

NOWHERE: How long did it take you to upload your first travel post in 1994?

JG:  That first, 1,600-word travel blog was uploaded from a Tourism Bureau office in Oaxaca, Mexico. The whole process of navigating Mexico’s telecom bureaucracy, making the connection to CompuServe in Mexico City and uploading the dispatch took about three days.

NOWHERE: What’s your most memorable online experience outside the U.S.?

JG: Back in 1993/1994 I circled the world overland, and worked with the people at Global Network Navigator (GNN) to create the first international blog. Every online experience was new and crazy. Just the continual challenge of finding the right people to work with in Belize, Senegal, Pakistan, China… and then figuring out a way to send my dispatches through their often newborn networks. Not everyone was enamored of my project. I was actually arrested in Tangier, Morocco; the police saw the weird little computer I was using (an HP OmniBook 300) and guessed I was a spy. I waited in the local jail while they called Don George, then Travel Editor at the San Francisco Examiner, who luckily vouched for me.

For sheer delight, though, the most fun was sending back of a picture of the elephant-headed Hindu god Ganesha—the Lord of Auspicious Beginnings—from Kathmandu, Nepal to Wired Magazine in April, 1994. It was the first image ever transmitted via the Internet from Nepal, and the subject matter felt appropriate. It took local computer whiz Sanjib Bhandari, and his team at Mercantile Office Systems, nearly 24 hours to transmit the 4” x 6” picture.

NOWHERE: What is one destination you will never go to again and why?

JG: Mauritania. The whole country was like one giant cat litter box. I give plenty of details in my 1995 book about the trip, The Size of the World. Aside from a few exceptions -— like the black African family who hosted me and my traveling companion (Anna Jahns) while we tried desperately to find an overland exit -— I’d never seen such nasty, mean-spirited people. Though domestic slavery was officially abolished in Mauritania in 1981, I indeed saw African slaves—and met wealthy, arrogant slave-traders.

NOWHERE: Where is nowhere?

NOWHERE: What is the ultimate goal of “The Developing World’s 10 Best Ethical Destinations” list, which your non-profit–EthicalTraveler.org–will announce in San Francisco on December 10?

JG: Thanks for asking about that – Nowhere’s readers can see our past and current lists on our website, EthicalTraveler.org.

Our primary goal is to entice people into visiting developing world countries that truly care about human rights, social welfare and the environment. Rather than spend your travel dollars in a popular South Asia getaway rife with human rights violations, pollution and corruption, why not visit a fascinating, off-the-beaten-path place that could really use your help: a country where your foreign exchange will be used in a positive way? The list a way to help travelers “vote with their wings,” and to encourage countries to follow smart, sustainable models.

Our ultimate goal, naturally, is to save the world. If we can make the countries on our list super popular, all the countries around them will want to jump in the game. We’re hoping to see a very positive domino effect.

NOWHERE: In selecting winners over the last six years, do you see any trends?

JG: There are growing trends to fight global warming (and the sea-level rise), and in favor of increased rights and support for women, indigenous people, and the GLBT community. Governments are gradually becoming more responsive to movements against big dam projects, and in favor of animal protection. Community-based tourism is becoming very popular—especially in places like Eastern Europe, where countries like Latvia, Serbia, Croatia and Lithuania are often seen on the list.

That said we always face the fact that no country is perfect, and that many places—even places that make our list—still face a lot of challenges.

NOWHERE: Your most recent book, Snake Lake, was a departure for you. Amazon readers seemed to respond to it very emotionally. Would you call it a travel narrative?

JG: It’s not a travel narrative in the traditional sense. In the Spring of 1990 I lived in Kathmandu as a journalist, covering the often violent Democracy Revolution for the San Francisco Examiner. But during that four-month period a lot of other things happened. I was introduced to Buddhism—through a wonderful Tibetan lama named Chokyi Nyima—and assailed by news of my beloved brother’s life-threatening illness.

The title, Snake Lake, is based on the ancient name for the Kathmandu Valley, which in prehistory was an inland sea inhabited by a race of nagas, or snake gods. But the nagas are also metaphors for a hidden inner struggle. The book is really about liberation, and the various ways we struggle to achieve it. It’s a very personal story set in a volatile, exotic and evolving country—whereas some of my earlier books, like Shopping for Buddhas and The Size of the World, fall more in the “armchair travel” category.