In the Grand-Marché, I bought six yards of fabric the color of a new bruise. I had no idea what I was going to do with it. I bought it because I was there and it was beautiful and at the time that seemed enough. It was a half-bolt of cheche cloth—six yards—the strong cotton I’d seen the Tuareg men wearing coiled around their heads and down over their mouths. Dark shades of blue and purple and violet, and strangely glossed, like the wings of a beetle. Fabric to keep the spirits out, to to keep the desert out. And how desperately the desert wanted in.

Every night, I would beat the sand from my clothes. It was pollen-fine and caught in my hair and my eyelashes—in the curl of my ears and the lines of my palms. I would wipe myself down in the thin auberge shower and still wake in the morning to find grit in the sheets. Kiss my husband and feel the grate of it on his lips. When we ate, the grains cracked between our teeth. The streets hissed with the sound of brooms.

I don’t know what we expected to find, perhaps because we expected nothing, or perhaps far too much. We had been living in a secured compound in the expat quarter of Accra, in a district that had been named “Cantonments” with no measure of irony. All of our friends were expats, and all of their friends were expats. There was no grand malice in our isolation; we were temporary people and we knew it, and the Ghanaians knew it too. There is solidarity in exile, but the reverse is also true.

I’d forget and catch the sight of sky on my hands and have to stop for a second to call the memory back.

It was hard not to feel as if I was living behind glass, in some cold museum of a life, but I’d felt that before I’d come and would feel it long after I left. I was standing on the dark edge of something, but I didn’t know that yet.

We packed our jeep and drove out as far as the roads could go—Kumasi, Tamale, Ouga, Djenné and Mopti, and then finally out to Timbuktu along a ghost path of corrugated sand. And I bought six yards of cloth, and then we came home again.

The mark of good cheche cloth is that it leaves something of itself behind. In the fabric stall I rubbed it between my fingers to loose the indigo dye, and for days afterward I looked as if I’d been fingerprinted. But I’d forget and catch the sight of sky on my hands and have to stop for a second to call the memory back. I don’t remember the name of the man who sold me the fabric, though I know he told me, and I told him mine. But I do remember that after I had bought my six yards, and as I was leaving, he offered to take my photo.

There is solidarity in exile, but the reverse is also true.

As he drew back his hand, I knew I had caused offense, as I had done earlier when he had offered tea and I’d refused because I knew I would waste it—forgetting, in the stagnant midday heat, that it was the taking and not the drinking that was important. I gestured to empty pockets.

“Désolée. Je ne pas un photo…” and he laughed at my mangled French, silenced my apologies, stepping forward and pressing his fingers to my forehead as if to check for fever.

That night we walked out to the “door of the desert,” to the place where no plants will grow. Our guide set a fire that sparked and snapped at our hands. He pulled stone shells from his pockets and we told him about the place we still called home, even though we both knew we would never live there again: the wide, white beaches of Western Australia; the Indian Ocean. My husband filled his empty water bottle with sand for me, before I could ask. I wrapped myself in the indigo cloth, and it smelled impossibly of water, a strange low-tide scent of brine and weed and mud. We sat with our backs to the dark mouth of the Sahara—on the shore of that long-dry sea—and watched the sand curl up into the air like smoke as the night came down to claim Timbuktu.

Beejay Silcox is an award-winning Australian writer and literary critic. She has been kicked in the head by a gorilla, blessed by a voodoo priest and stuck in quicksand; she eloped to Las Vegas and drove to Timbuktu in a car held together with a bra strap. She recently completed her MFA in the United States and is working on a collection of short fiction. You can find more of her work at beejaysilcox.com. 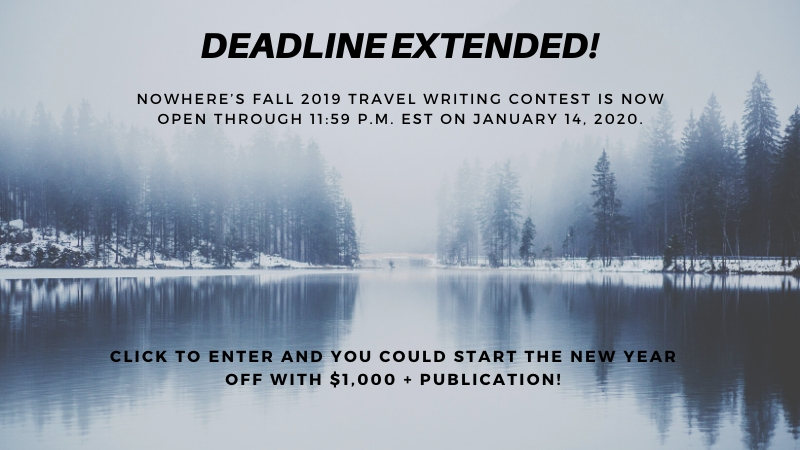